Three newly-orchestrated symphonic suites from a selection of Andrew Lloyd Webber’s best loved musicals – Evita, The Phantom of the Opera and Sunset Boulevard – will be performed for the very first time by the 81-piece Andrew Lloyd Webber Orchestra at London’s Royal Festival Hall on 8th September.

The concert will follow the release of the accompanying album, Andrew Lloyd Webber – Symphonic Suites, by Decca Records on 3rd September. A vinyl version will follow on 29th October.

The orchestra performing the Symphonic Suites, conducted by Andrew Lloyd Webber’s long-time collaborator Simon Lee, brings together some of the world’s most skilled musicians, united in an event which will mark the triumphant return of live music after the challenges of the Covid-19 pandemic.

Andrew Lloyd Webber comments: “For over a year now, we have lived without the joy of live music.

“As we fight to bring performers back to work and theatres back to life, I hope that this album might now take on a new meaning: the music which represents the triumphant and hopeful return of live music, theatre and entertainment across the world.

“It is wonderful and very moving for me to see brilliant musicians back where they belong.”

This year Phantom of the Opera celebrates 35 years in the West End, while the filmed production of Sunset Boulevard, which first opened in London in 1993 at Leicester Curve, was re-released for audiences to view between 10th to 15th May. 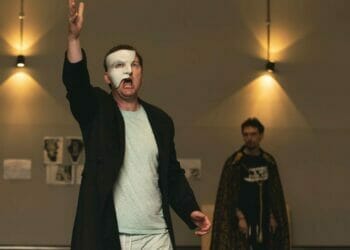 First Look: The Phantom Of The Opera in Rehearsal for Reopening