Following the success of the Isklander trilogy of online mystery experiences – which saw 65,000+ people play detective across the UK and the US over the past eighteen months – multi-award-winning immersive theatre makers Swamp Motel will transport audiences into London’s criminal underworld this November with the world premiere of live, heart-pounding adventure, The Drop.

In 1912, two London bookbinders were commissioned to create a luxurious jeweled binding for a book that became known as The Great Omar. Hugely valuable, the book was purchased by a buyer and was packed safely aboard a boat bound for New York. On the 15th of April 1912 the HMS Titanic sank along with the book and a sea of secrets were never recovered. Until now…

In this theatrical thriller, audiences will explore a hidden world created for a maximum of just four people at a time – a uniquely intimate show to share with friends, family and some unexpected characters along the way.

The Drop is Swamp Motel’s most ambitious production to date, created within their trademark mould of interactive, exhilarating experiences that blur the lines between fantasy and reality. They will transform an abandoned East London location and using cutting edge technology and inventive storytelling, audiences will be planted onto the set of their very own visceral thriller.

The Drop and its storyworld will expand further in early 2022, with an interactive film experience, created in collaboration with The Lowry as part of its Live Now commissioning programme. This online counterpart will allow for audiences across the world to step into Swamp Motel’s latest theatrical conspiracy from a different perspective, from the comfort of home. More details to be announced in the coming months.

Creators Ollie Jones and Clem Garritty formed Swamp Motel in 2017. Both co-founders of the critically acclaimed comedy theatre company Kill the Beast, they have been weaving immersive storytelling webs for the stage and screen around the world together for over ten years. Now for the first time, The Drop will give UK audiences the opportunity to experience a Swamp Motel full-scale live production, in their home city of London.

Swamp Motel’s company founders and creative directors Clem Garritty and Ollie Jones commented: “We can’t wait to make our return to live entertainment with The Drop. It’s an ambitious and elaborate production that explores the rich history and tale of tragedy surrounding one of the world’s most famous texts, The Great Omar. Like all our work, audiences will be right at the centre of the story, a story we hope will leave them questioning what was real and what wasn’t long after they leave.

This has been a long time in the making for us so we’re particularly excited to premiere it in our home city of London this autumn as the culture scene bounces back to life.”

Alongside The Drop, Swamp Motel recently secured a deal with Gaumont UK with their online  Isklander trilogy now set for TV adaptation, and by popular demand the online trilogy – Plymouth Point, The Mermaid’s Tongue and The Kindling Hour – relaunched with some brand new added features and challenges all available to experience online anywhere across the UK and internationally now.

The Drop is strictly limited to 20 sessions per day. A limited number of tickets go on sale this Friday 24 September 2021 at 10am. Previews will commence on 28 October. The official opening is on Saturday 13 November and runs through to Friday 31 December 2021. Visit thedropexperience.co.uk. 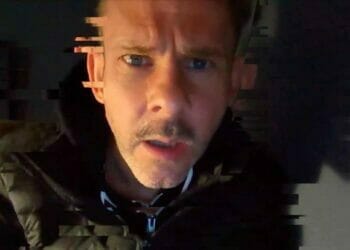 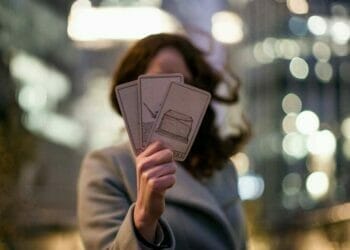 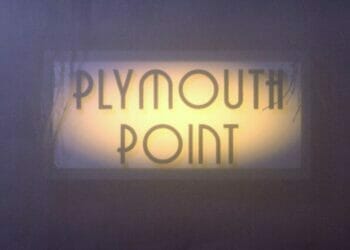