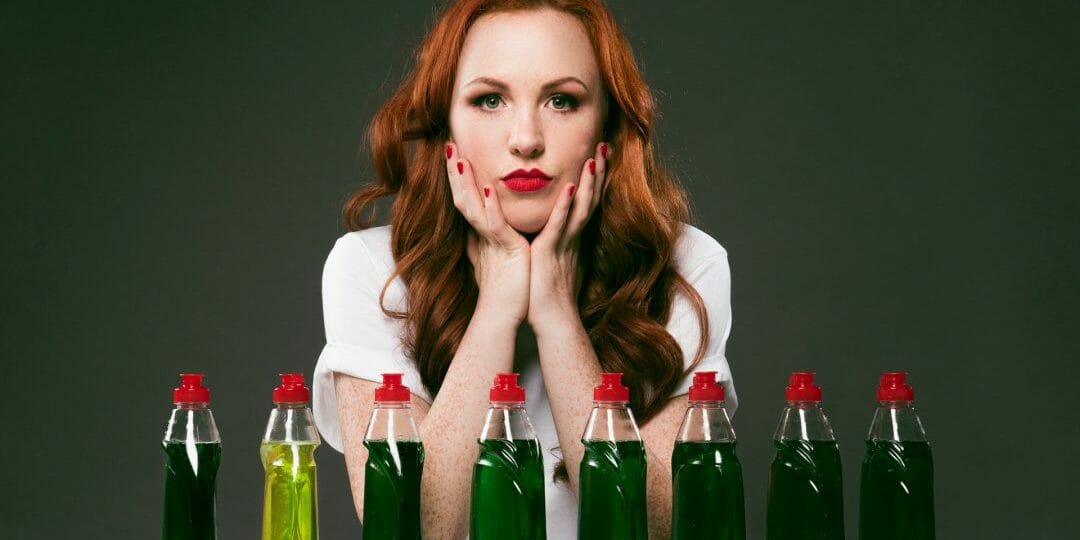 One thing you can’t say about Catherine Bohart is that her material is trite; she’s the bisexual daughter of an Irish Catholic deacon who’s been hospitalised with OCD. You’ll probably only meet a handful in your life. Her show Immaculate can be seen every day at the Pleasance Courtyard at 16.15.

Another big part of the show is the relationship with her parents, especially with her father, and his struggle to come to terms with her sexuality. Bohart is a gifted storyteller, and we are told how her father went from being raised in a convent where no Christmas presents are allowed to becoming an ally for gay marriage in the most recent referendum, and how this reflects the hastily evolving socio-political landscape of Ireland.

These are not light topics, but Bohart is a charming and self-effacing host, providing us with an honest and unflinching look at her life that is buoyant without being trivialising. Apart from some slightly shaky crowd-work, there is no hint of this being a debut show. The material is very polished (I could make an OCD joke here but I won’t) and confidently delivered.

The material concerning the relationship with her father, whom she thinks the world of and describes as her best friend, provides Immaculate’s strong emotional core. She doesn’t see eye to eye with him on everything – you can add ‘atheist’ to that list of labels as well – but she deeply respects him as a father regardless. The show’s theme of the strength and importance of family is genuinely moving.

The jokes are consistent and there are enough big laughs to keep anyone who is just there for some gags to be entertained. Immaculate is a solid hour of comedy from a promising comedian.