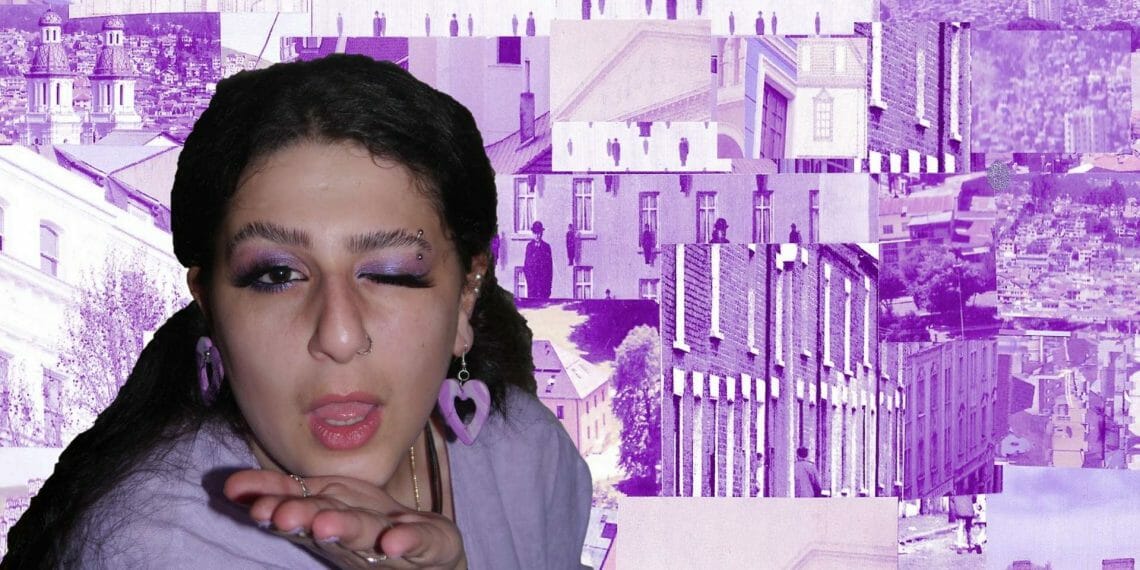 It could be argued that student living provides more of an education than an actual university course.  The compromises required to maintain a liveable harmony is surely more stressful than any exam could ever be, but it’s also a lot of fun.  The opening of M Craig’s Madhouse reminds us of the fun of communal living which inevitably begins (and sometimes ends) with alcohol.

Nottingham New Theatre’s Madhouse is apparently inspired by real student living, and as an audience we can believe that, there are plenty of nods to the dorm lifestyle in this witty and fast paced play. Here we have five students living together, with a sixth who makes regular appearances at the house.

There’s a central plot in which Ollie (Olly O’Regan) and Annie (Izzy Johnson) have hooked up after a party.  Ollie aspires to be a writer, preferring the old school method of writing everything by hand, and as Ollie and Annie’s relationship fizzles out we get to learn more about each of the character’s motivations.

There are then several subplots, two of the male characters have shared a kiss, while another has a potentially imaginary boyfriend.  These add colour to the overall production but there’s not enough time to explore them all as much as we would perhaps like to.

Rachel Coussins is particularly funny as Lisa, and provides much of the madness in Madhouse, as does Pete Rouse as Goose, while Olly O’Regan and Sunenna Sohal stand out with exceptional performances, even more so given that the entire cast are making their debuts.

Madhouse is also the debut in-person show for writer M Craig, and it’s a strong start.  There are elements which could be tighter, but this is a very funny comedy that’s also relatable.  With further development, and more focus on the multiple plot lines this could be a very successful sitcom on stage.

Madhouse is at The Space @ Surgeons Hall until 27th August 2021