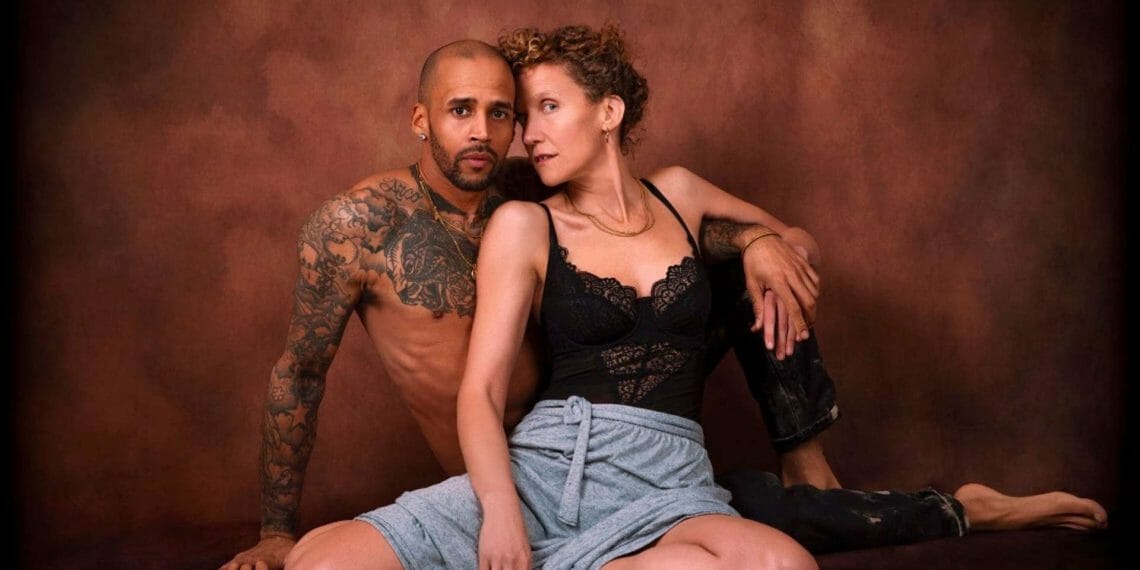 Oedipus Electronica is playing at the Pleasence Courtyard and is a highly immersive story following Jo in a 24-hour period, intent on writing a script so she can get a commission that is going to be offered to another writer if she can’t pull it out of the bag.

At the same time, Jo receives some devastating news that pulls her further into her work and into what can only be described as a mind-bending experience.

First and foremost, it is important to note that every single member of the cast of Oedipus Electronica made their characters seem so real that you would be forgiven for thinking at times that this isn’t acting but a slice of reality.

The raw emotion and unflinching despair as Oedipus begin to unravel is beautifully conveyed by Ryan David Harston whose physicality and reactivity within his role is exceptional. Our journey into Jo’s mind and what she sees, and experiences is spectacular and Mella Faye’s performance, writing and direction assures us every step of the way that we as the audience are in the hands of a master.

Laius, as played by Kwame Bentil, provides us with another viewpoint, and offers not only joy but the depth and breadth of what it means to love a person with every inch of your being, and to stand by them and support them.

The transitions between scenes were seamless and the use of technology, not just music provided by Don Bird and Alex Stanford, aided in creating a full theatrical experience. The use of strobe lighting combined with the movements of the performers offers excitement and demonstrates an exceptionally high level of technical skill from the entire cast.

There is an expectation of tragedy within the show, after all, most of us are familiar with the myth, but the ultimate tragedy of Oedipus Electronica is a very real one and is a tragedy that many families have experienced across the seemingly endless stretch of centuries between Sophocles’ original play and this production.

In summary, the cast offer standout performances at every point in the production of Oedipus Electronica and the show carries with it a powerful vibrancy. This play is not only a pleasure but a privilege to watch.