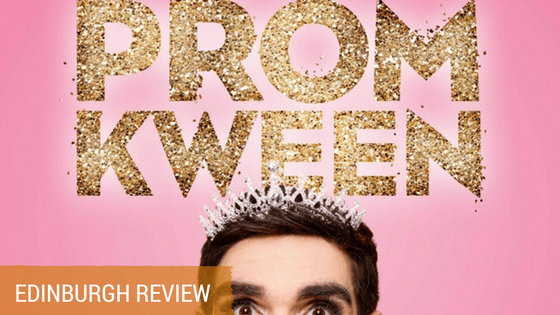 Prom Kween has brought one big dose of FABULOUS to Edinburgh Fringe, in this fantastically fun musical comedy, which is based on a very important and real-life story.  On the face of it, this is a parody of the High School Musical genre, but it’s also an incredibly fun and heartfelt show which, at 8.45pm, will perk up audiences after a long day at the Fringe, ready for a long night ahead.

Written by Rebecca Humphries and Joanna Cichonska, this musical comedy tells the imagined story of real-life Matthew Crisson, who in 2016, became the first non-binary individual to be elected as Prom Queen at an American high school.  Non-binary indicates that an individual doesn’t identify with any sex so, it makes for an interesting story to be heard.

The party has started before you even walk into the room and you can immediately tell the cast are 100% up for an hour of fun, after the spice girls and a quick blast of lip-sync battle it’s time to start.  Four different actors play Matthew at various points throughout the show, two are male and two are female so it’s not hard to see the point they are trying to make, although Sam Swann makes the most convincing lead.

The fifth cast member is portrayed by William Donaldson who acts as a sort of narrator, a very glamourous narrator at that, who channels Ru Paul on more than one occasion.  It’s a fantastic cast who are not only very talented but are able to deal with rowdy audience members with ease, in fact they openly embraced it.

The score is equally strong, there are some really enjoyable tunes in there that you can clap and sing along to, with everything from ballads to rap. The lyrics, as well, can be poignant and inspirational at times, while at others they are just laugh out loud hilarious.

Prom Kween is a high energy production that sashays its way through it’s all too short hour.  Very cleverly written and performed with real class, if you can stop laughing (and dancing and singing along) you’ll see a beautiful and inspirational message hiding behind all those dazzling sequins. 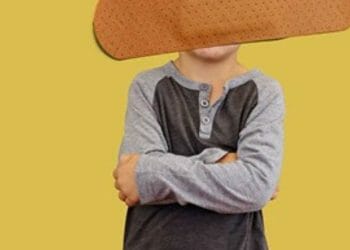 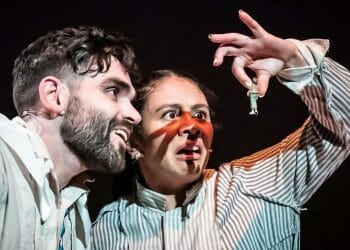 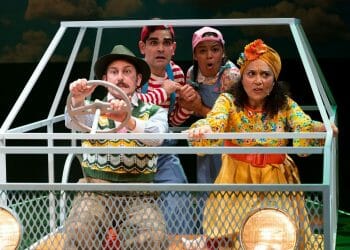 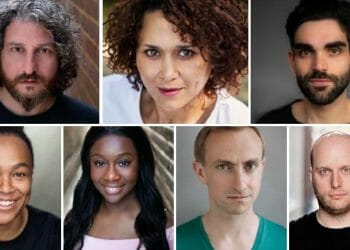 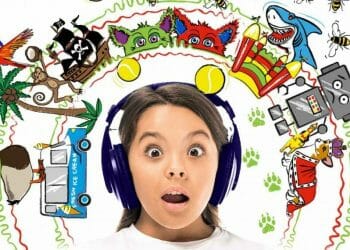