With the UK back into lockdown, the Southbank Centre invites audiences to enjoy live streamed performance and discussion from the comfort of their own living rooms.

Ethan Hawke discusses and reads from his latest work in an exclusive virtual event (8 Feb). American debut novelist Raven Leilani is in conversation with British author Diana Evans about her debut work (25 Feb), while poet and cultural critic Hanif Abdurraqib introduces his new book of essays on Black performance in a special broadcast event (25 Mar). And from the world of pop culture, Fearne Cotton speaks frankly about finding her voice (4 Feb), and lead singer of rock bank Skunk Anansie, Skin (4 Mar) celebrates her memoir ahead of her appearance at Grace Jones’ Meltdown festival at the Southbank Centre in June.

The globally-loved British band, The Cinematic Orchestra makes its much-anticipated Royal Festival Hall debut to perform exclusive new music from its upcoming album (29 Jan). Elsewhere, one of the country’s most exciting new prospects, Black Country, New Road play the Southbank Centre for the first time, presenting music from their debut album (6 March). Finally, the London Contemporary Orchestra returns for a night of new music, including specially-commissioned orchestral versions of 2020 electronic masterpieces by Kelly Lee Owens and Duval Timothy , both of which will be world premieres (19 March). All three events will be streamed globally on DICE, exclusively for the Southbank Centre.

Inside Out will be streamed online.

The Philharmonia Orchestra and Esa-Pekka Salonen Present The Second Half of Weimar Berlin: Bittersweet Metropolis at Southbank Centre

Ted Hodgkinson, Head of Literature & Spoken Word at the Southbank Centre , said: “We’re bringing in the new year with a series of virtual events to lift the spirits, induce gales of laughter and make us see the world anew. Featuring some of the brightest and funniest literary talents around, beloved personalities and bold artists with extraordinary stories to tell, this is a programme that promises to replenish our sense of wonder. Opening and closing with poetry – from the exceptional T.S. Eliot Prize shortlist to a stellar digital edition Out-Spoken respectively – we’re bookending the series with electrifying performances to get the year off to a scintillating start .” 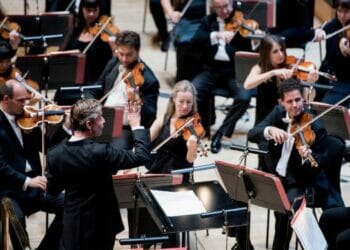 The Philharmonia Orchestra and Esa-Pekka Salonen Present The Second Half of Weimar Berlin: Bittersweet Metropolis at Southbank Centre 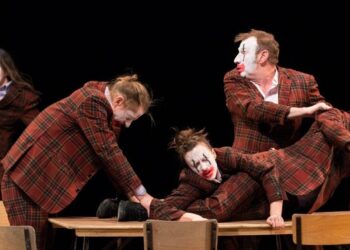 Forced Entertainment Will Premiere Out of Order at Southbank Centre 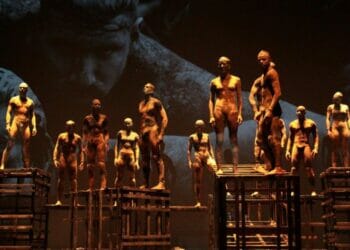 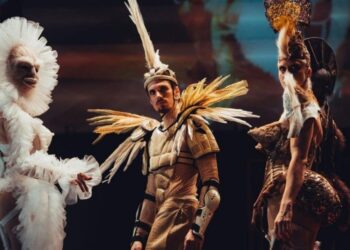 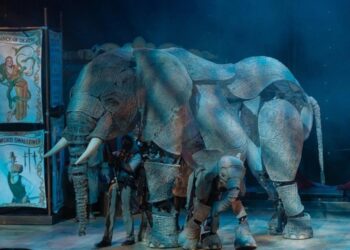 Circus 1903 to Return to Southbank Centre This Christmas