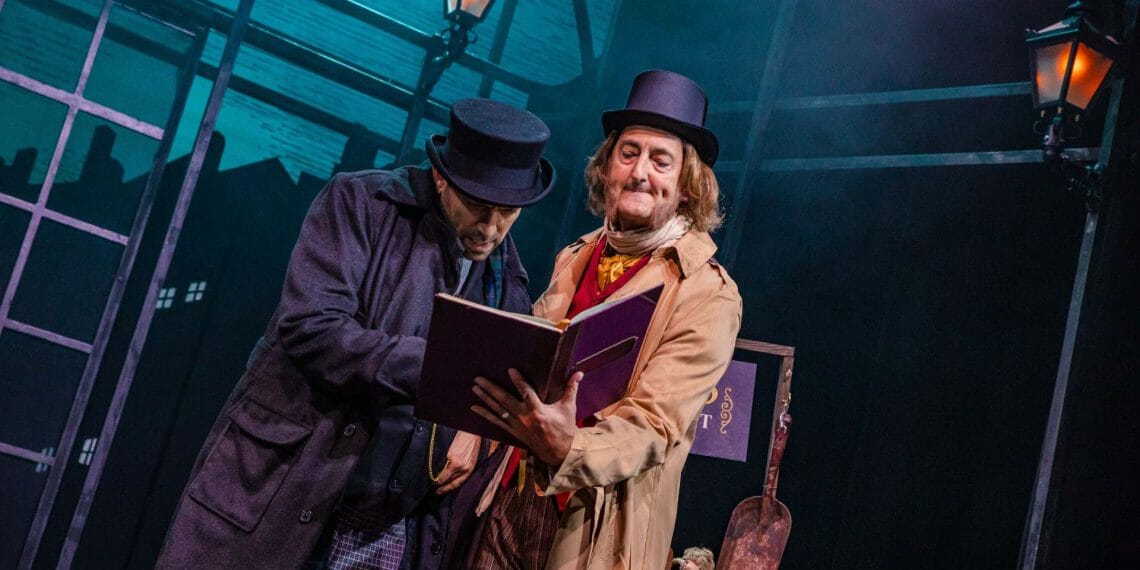 First look production photos are released from the UK premiere of A Sherlock Carol featuring Ben Caplan as Sherlock Holmes and Kammy Darweish as Ebenezer Scrooge.

Three Christmases since the famous confrontation with his nemesis Moriarty at the Reichenbach Falls, Sherlock Holmes has little appetite for mince pies or for solving crime. Wandering through Victorian London, he meets a grown-up and not-so-Tiny Tim who implores him to investigate the mysterious death of his reformed benefactor, one Ebenezer Scrooge.

An impossible murder, a threatening letter, and a missing diamond – it’s just enough to intrigue the great detective. But it’s a dark and treacherous Christmas Eve, and once again the night is haunted by the spirits of the past, present, and future. Using his powers of deduction, can Holmes overcome his own ghosts to crack the case?

The worlds of Charles Dickens and Sir Arthur Conan Doyle combine on stage in this ‘instant holiday classic’, coming to London for the first time, just a stone’s throw from Holmes’ fictional base at 221B Baker Street itself.

A Sherlock Carol, written and directed by Mark Shanahan, is  at Marylebone Theatre until 17 January 2023. Tickets are on sale here. 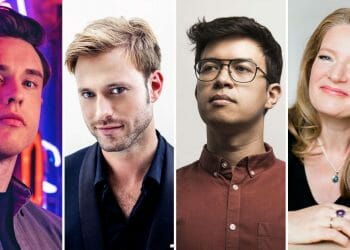 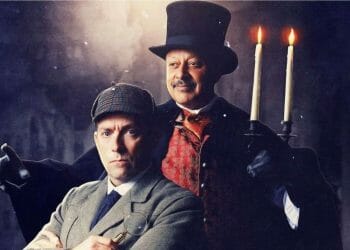 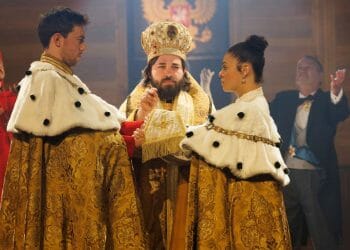 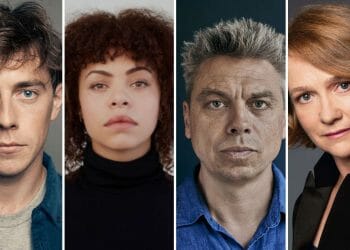