First look images have been released for Drew Gasparini’s I Could Use A Drink.  An eclectic mix of poignant, hilarious, and progressive contemporary musical theatre, celebrating the chaos and beauty of youth, I Could Use A Drink was created as a US studio album using Broadway’s freshest and most exciting new talents.

Now for its UK premiere, producers Liam Gartland and Alex Conder reimagine its cutting edge musical theatre songs with some of the West End’s stars of present and the future:

The concert, filmed at Fiction Studios, will be streamed from Friday 7 – Sunday 16 May 2021 on stream.theatre

I Could Use a Drink c. Danny Kaan 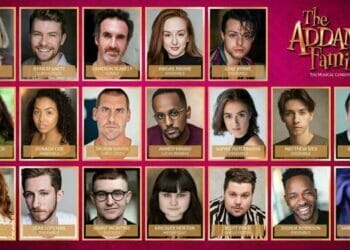