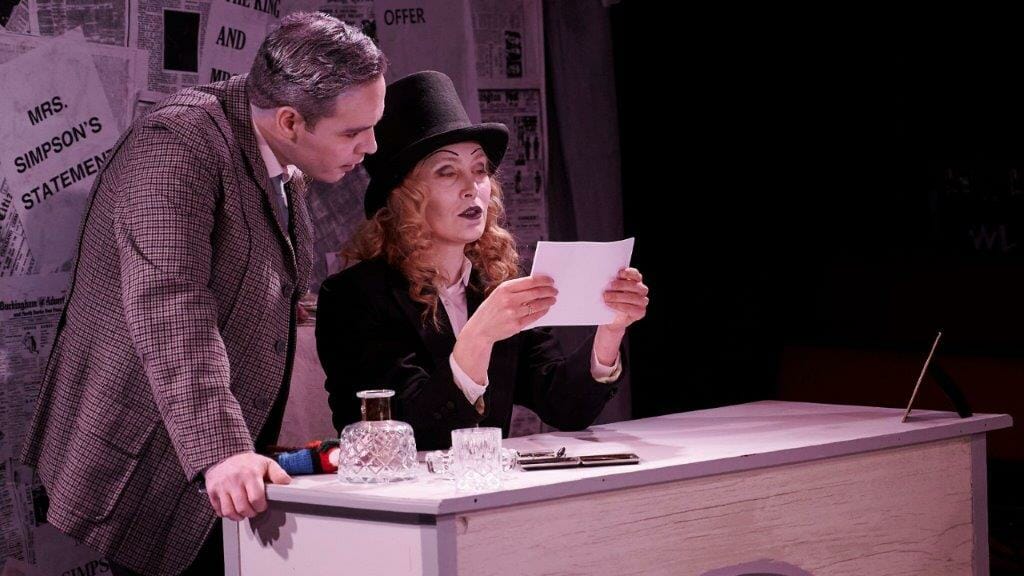 First look photos have been released of Ramona Von Pusch as Marlene Dietrich and Ashton Spear as King Edward VIII in the world premiere of Falling In Love Again by Ron Elisha, directed by Tama Matheson at King’s Head Theatre

It’s 1936. News breaks that King Edward VIII is about to abdicate his throne in order to marry American divorcée, Wallis Simpson.

Marlene Dietrich – the most famous female movie star in the world – is in London to make a movie and wants to stop him.

On the night before the abdication, Marlene has her chauffeur drive her to Fort Belvedere, the King’s country home, for an all nighter, during which she sings, dances, races a horse and plays the musical saw, all in an effort to seduce him. But will her efforts pay off?