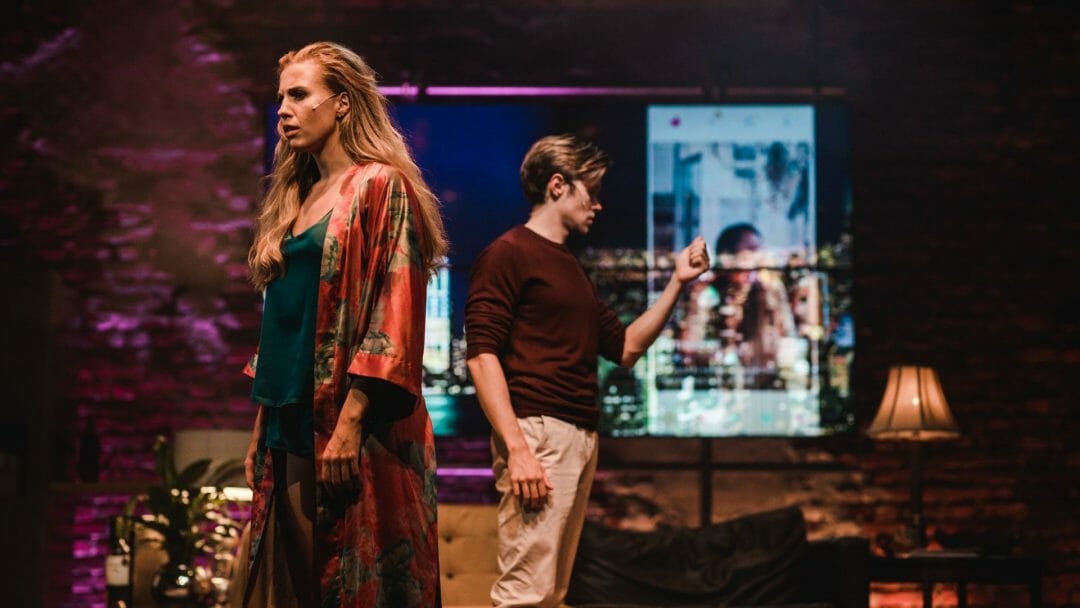 The Barn Theatre have today released production photos of Rob Houchen and Celinde Schoenmaker in the new revival production of the Stephen Sondheim musical Marry Me A Little.

Conceived by Craig Lucas and Norman René, with music and lyrics by Stephen Sondheim, the charming and bittersweet one-act musical follows two ex-lovers as they explore their secret, unshared fantasies whilst they are left alone in their studio apartments on a Saturday night.

The production breathes new theatrical life and meaning to a collection of trunk songs that were culled from the original productions of some of Sondheim’s iconic musicals including Follies, Company and A Little Night Music.

Last year Rob Houchen and Celinde Schoenmaker starred alongside one another in the 2019 London premiere of the Adam Guettel musical The Light in the Piazza at the Southbank Centre’s Royal Festival Hall. They later reprised their roles for the production’s American transfer to the Los Angeles Opera in October 2019.

Marry Me A Little is produced by the Barn Theatre in association with Anthology Theatre.

Rob Houchen and Celinde Schoenmaker star in the new revival production in Cirencester until 8 November.  Tickets are on sale here

Marry Me A Little at The Barn Theatre c. Eve Dunlop
1 of 6