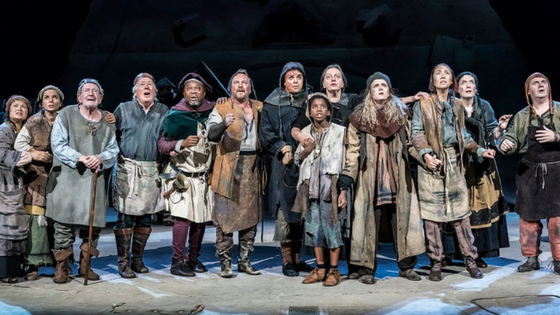 Saint George and The Dragon is at The National Theatre in the repertoire until 2nd December.

A village. A dragon. A damsel in distress.

Into the story walks George: wandering knight, freedom fighter, enemy of tyrants the world over. One epic battle later and a nation is born. As the village grows into a town, and the town into a city, the myth of Saint George, which once brought a people together, threatens to divide them. Rory Mullarkey creates a new folk tale for an uneasy nation.

Full Cast Announced for Nora: A Doll’s House at The Young Vic

Review: The Son at The Duke of York’s Theatre

Edinburgh Review: In The Shadow of The Black Dog at Assembly Rooms

Full Cast Announced for West End Transfer of The Son

Edinburgh Preview: In The Shadow of The Black Dog at Assembly Rooms