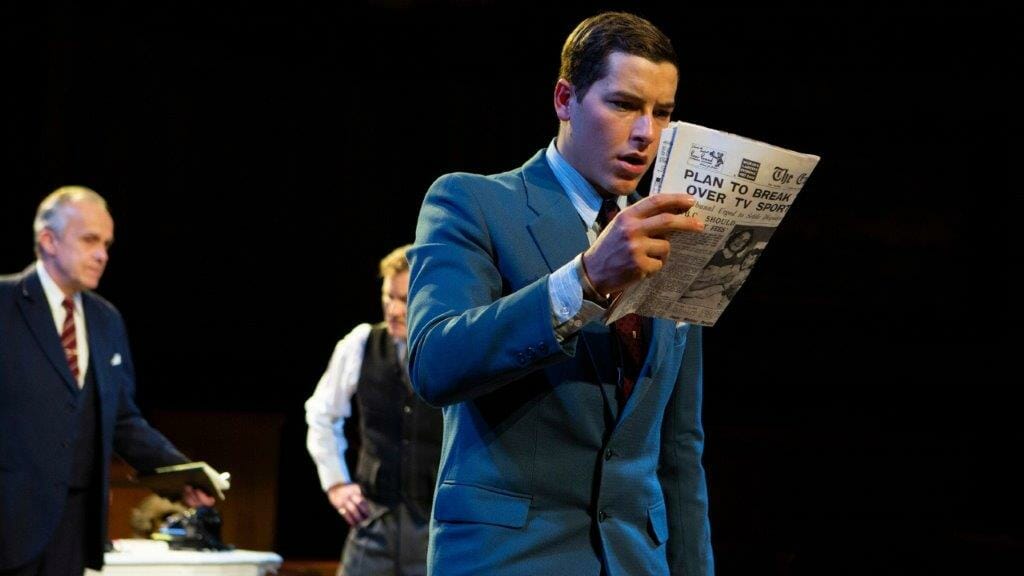 Now in its third year, Witness for the Prosecution has today released a first glimpse at production images featuring its killer fifth cast, who had their first performance on 19 November 2019.

Set in the breathtaking Chamber space at London’s County Hall, director Lucy Bailey (Ghosts, Love From A Stranger) welcomes audiences to judge the Whodunnit classic for themselves, while seating them in “the comfiest seats in London” (New York Times). Agatha Christie’s gripping story of justice, passion and betrayal also allows audience members to join the Jury Box, casting their vote as the action unfolds before them.

Leonard Vole is accused of murdering a widow to inherit her wealth. The stakes are high. Will Leonard survive the shocking witness testimony? Will he be able to convince the jury of his innocence and escape the hangman’s noose?

Witness for the Prosecution is now booking until 13 September 2020.

Book Witness for The Prosecution Tickets

Witness for the Prosecution at County Hall c. Ellie Kurttz
1 of 6

Interview: Alexandra Guelff on Witness For The Prosecution at County Hall

Interview: Lewis Cope on Joining the Third Year Cast of Agatha Christie’s Witness for the Prosecution