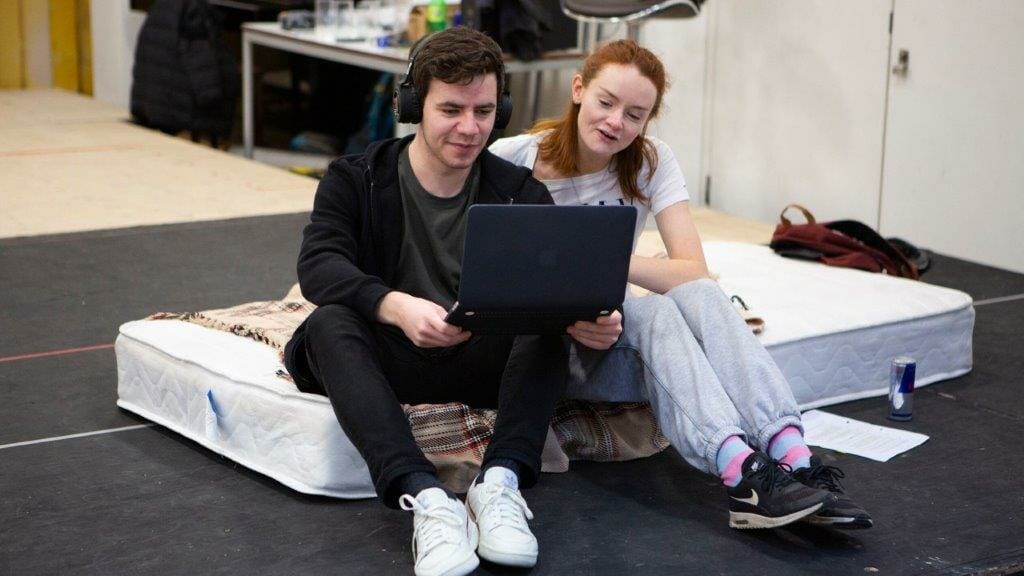 Outraged by the revelations from the national surveillance leaks in 2013 and the mass harvesting of data for security purposes, Al Blyth was inspired to write The Haystack – set in the digital age, that challenges the ‘nothing to hide, nothing to fear’ mantra.

Neil and Zef are two twenty-something computer whizzes with questionable dress sense and a highly developed interest in video games and Netflix. They’re also the UK’s ‘National Defence Information Security Team’ – recruited by GCHQ for their sky-high IQs and ability to work quickly and discreetly, no questions asked.

With unfettered access to the world’s data and infinite powers of electronic intrusion, these unlikely agents are essential cogs in the national security machine.  But when their window onto intelligence operations shows them more than they were meant to see, they begin to question their roles in a system whose reach is unlimited but whose safeguards are not…

The Haystack is at The Hampstead Theatre 31st January to 7th March 2020.

The Haystack in Rehearsal c. Ellie Kurttz
1 of 6

First Look: Ravens: Spassky vs. Fischer at The Hampstead Theatre in Rehearsal

Full Casting Announced for Botticelli in the Fire at Hampstead Theatre

Review: Tartuffe at The National Theatre

Preview: Dumbledore Is So Gay at VAULT Festival