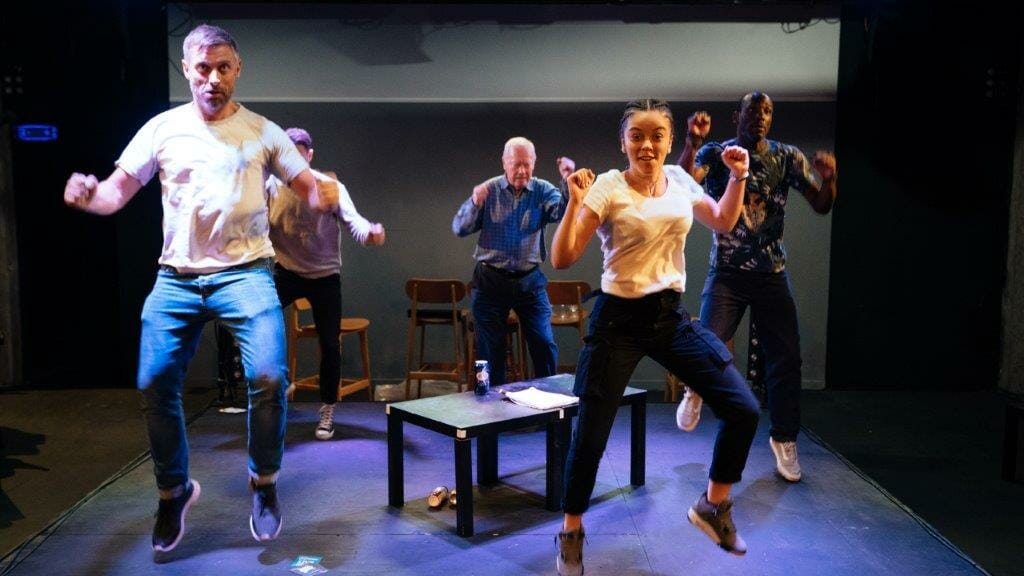 First look rehearsal images have been released for We Anchor in Hope which will be at The Bunker from Wednesday 25th September to Saturday 19th October.

Anna Jordan’s new play brings a comedic tale of pub culture and economic uncertainty to The Bunker theatre. For three weeks, the space will transform into The Anchor – a functioning pub with post-show events including pub quizzes, karaoke nights and music.

We Anchor In Hope in Rehearsal c. Helen Murray
1 of 6