The 2021 programme is responding to pressing current issues including climate change, the Black Lives Matter movement, disability access and community resilience as we emerge from the pandemic, whilst contributing to optimism and hope with a programme of uplifting and spectacular, theatre, dance, street arts and installations.

Swiss artist Dan Acher’s evocation of the awesome celestial phenomenon, the Northern Lights, Borealis, will light up the sky in spectacular style over Greenwich from 27-30 August. This mesmerising installation will offer onlookers a collective sense of shared wonder and connection to the natural world as this year’s Festival gets underway. This is the second of two installations from Dan Acher, following the previously announced We Are Watching which opens the Festival – a monumental flag as tall as a ten-storey building, which will be raised in Greenwich on 27 August in anticipation of the forthcoming COP26 Climate Change Summit.

Artistic Director of Actors Touring Company Matthew Xia will direct a work-in-progress of Family Tree by Mojisola Adebayo, a new play inspired by the life of Henrietta Lacks, an African American woman, whose cells were harvested and cultivated without her consent after her death from cervical cancer in 1951. The so-called HeLa cells have been vital to studying disease, decoding the human genome, and have even contributed to the development of the COVID-19 vaccines. Questioning themes around exploitation and ethics in healthcare, this powerful, site-responsive promenade piece will be performed at Charlton House from 27-30 August. Commissioned by ATC and the Young Vic, and presented for outdoor premiere by ATC, the Young Vic, and FESTIVAL.ORG.

Tonya Nelson, Area Director, London, Arts Council England said: ‘Greenwich+Docklands International Festival embodies the vibrancy and innovation of London’s cultural offers and returns this year with a programme richer than ever. We’re really pleased to support this year’s festival and look forward to seeing audiences come together to feel inspired and uplifted by outdoor theatre, performing arts and more’.

Continuing the Festival’s celebration of work commissioned in response to the Black Lives Matter movement, Jeanefer Jean-Charles‘s Black Victorians will be presented in the City of London as a full-scale dance piece from 31 August – 2 September, celebrating the forgotten history of Black Britons through choreography in the historic Guildhall Yard as part of the City’s Outdoor Arts programme, A Thing of Beauty. Black Victorians will then be presented in the atmospheric setting of the Woolwich Garrison Church on 10 and 11 September. Commissioned by FESTIVAL.ORG, Hat Fair and Brighton Festival, and supported by Without Walls.

Jeanefer Jean-Charles, Artistic Director and choreographer, said ‘I’m really pleased to see how Black Victorians has evolved: from the moment I became aware of the Black Chronicles exhibition in in 2016, to a period of R&D with Historic Royal Palaces in 2019, to then share its early production stages at GDIF in 2020. When I was first approached by FESTIVAL.ORG to share Black Victorians I was initially hesitant as it would be under COVID restrictions, and I just did not think it would be possible for the vision I had. However, looking back at the success of its first public outing, I am so glad I went ahead. And now bringing Black Victorians back to life again; holding auditions, working with amazing dancers, an inspiring creative team, live rehearsals, and preparing for our UK summer tour supported by Without Walls (including GDIF 2021) – this is very exciting’.

The Diplomatic Representation of Flanders to the UK and GDIF are also partnering for 2021-2022 in a celebration of European artistic collaboration, bringing outstanding Flemish theatre and performing arts to the UK.

Dennis Potter’s Blue Remembered Hills, an immersive site-specific piece, will take audiences on a journey to a hidden Thamesmead landscape, officially closed to the public for more than a century, staged from 7 to 11 September. Flemish theatre company De Roovers have reimagined Dennis Potter’s celebrated television play about wartime childhood games which go badly wrong, into a stunning outdoor theatre production, which for GDIF will be immersed in a landscape which holds memories of munitions factories, and, with their demolition and the establishment of Thamesmead, local memories of childhood escapades. Flemish theatre company Laika’s sensory, immersive experience Balsam, in which live music combines with the theatrical creation of aromatic, healing potions and elixirs, will offer audiences a magically interactive experience at the Royal Arsenal’s Building 41 from 7-11 September. The heritage site, a former ammunitions factory, will open as the major new arts venue Woolwich Works later this year.

Giving families the opportunity to come together through street arts, circus, dance, and theatre, the popular Greenwich Fair will return for 29 August in the grounds of the Old Royal Naval College and Cutty Sark Gardens. Building on the success of GDIF’s 2020 On Your Doorstep initiative, a hyper-local touring programme will also return to Eltham, Thamesmead, Plumstead and Charlton, as well as Deptford and Newham, offering local communities engaging family-friendly shows.

Bradley Hemmings, Artistic Director of GDIF, said today, ‘Last year GDIF became the first major live festival in the country to take place since lockdown, and this year we’ve set out to build on this with productions offering audiences an experience, which will be every bit as rich and diverse as anything they might traditionally expect in theatres or cultural buildings. Over the last year outdoor theatre makers have proved themselves to be resourceful and resilient in the face of unprecedented challenges and this year’s festival will demonstrate the extraordinary quality and originality of their work’.

Dancing City will return to Canary Wharf from 4-5 September, in an extended 2-day programme, featuring a packed programme including a juggling performance based on the choreographies of Merce Cunningham, an acrobatic dialogue with gravity on a giant air mat, female empowerment narratives and a spotlight on Black-led work. The Tide at Greenwich Peninsula, London’s linear riverside park, will see a programme celebrating dramatic choreography, music, and costume design, including Ashley Peevor’s The Lost Opera, an interactive street theatre piece, and Patrick Ziza’s flamboyant Dandyism.

Over in the Royal Docks from 8-10 September, The Sky is Filled with Thunder is an innovative new promenade production from Fevered Sleep, in which the voices of children take centre-stage in a binaural, immersive experience, where the audience hear about children’s hopes and dreams first-hand and uncensored.  Requardt and Rosenberg’s sci fi dance theatre epic Future Cargo will also land in the Royal Docks, when a truck arrives from an unknown location loaded with a mystery shipment. As the sides roll up, a strange and unstoppable process is set into motion.

Closing the festival, on 10 and 11 September, is a programme entitled Healing Together, building on the Festival’s work over the years with communities in Woolwich and North Woolwich and foregrounding the work of Deaf and disabled artists. This ‘festival within a festival’ will reunite the boroughs of Greenwich and Newham across the Thames, which until the 1960s were the single Metropolitan Borough of Woolwich. The programme will feature co-created installations, street arts, theatre, circus and spectacle, in which the historic Woolwich Ferry will play a central role.

Full listings will be announced on 10 June.

Many events will be ticketed but free to enable social distancing, in line with current government guidelines.

Blue Remembered Hills, Balsam and Family Tree tickets (£10-£15) will be on sale from 10 June. Some tickets will be available for free for local residents. 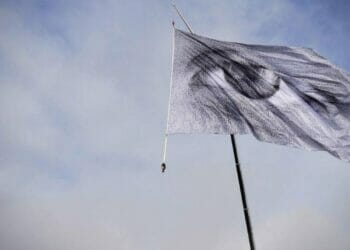 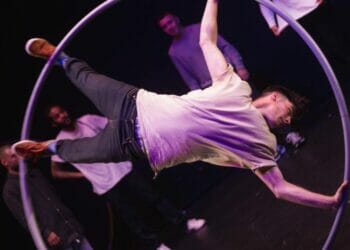 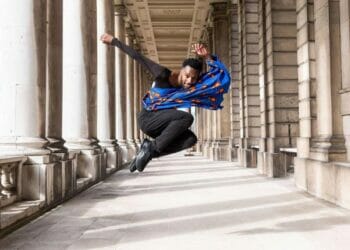 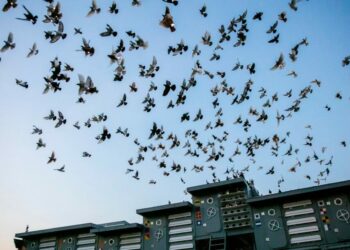