"Matt is just a brilliant storyteller. He writes with warmth, passion and humour, and as a result the characters fly off the page and are so well-developed it's impossible not to relate to them. I feel as honoured now to be bringing his story to the stage as I did when he first approached me last year"

Charlotte Peters is the director of Matthew Morrison’s DANCE, which made its online debut in the summer of 2020, produced by The Soho Poly – the pioneer of lunchtime theatre in the 1970s and 80s – as their first new play in over 30 years.

Now, the Charlotte Peters directed play, which follows a father and daughter’s surprising story, is set to make its ‘IRL’ appearance as part of the King’s Head Theatre’s annual festival of new-writing, Playmill, where it runs from Monday 12th to Saturday 17th July starring Saffron Coomber and Christopher Harper.

You’re directing DANCE at the King’s Head Theatre as part of the Playmill Season, what can you tell us about this play?

Dance tells the compelling story of what happens when we accidentally go viral and how far we’ll go to take back control and change the narrative. It’s an unpredictable and really captivating story with some wonderful humour.

Why do you think these themes are so important to be tackled now?

Many of the original creators and engineers of various social media platforms won’t let their children use screens and have withdrawn from socials themselves. Society widely acknowledges the dangers of social media, and yet we rely on it to promote our businesses and, more fundamentally, ourselves, using the comments and likes of others to build our own self-worth; being dependant on ‘friends’ and strangers to feel validation.

And it’s getting worse; suicide rates in young people are devastatingly continuing to rise and we have to rally together to get the message out: our happiness cannot be built on the opinions of others. Theatre has always been a medium to strive for change.

Dance depicts characters and situations we can relate to. The story serves as a reminder of how easy it is for our lives to spiral out of control when taken out of our hands and how when we go viral, it can feel like there’s no escape.

What was it about Matthew Morrisons writing that first made you want to be part of this production?

Matt is just a brilliant storyteller. He writes with warmth, passion and humour, and as a result the characters fly off the page and are so well-developed it’s impossible not to relate to them. I feel as honoured now to be bringing his story to the stage as I did when he first approached me last year.

It had its online debut last year, what have you had to think about as a director to turn it in to an in-person performance?

It’s been such an interesting process moving to the stage. I hadn’t anticipated just how much the play would change – as soon as we bring in an audience, it adds a really significant extra dimension to the characters and story; in fact, we’re treating the audience as another character. Having the two actors physically share the space in live performance also makes such a difference to the way to the story is told and to the relationship between the characters.

What does it mean to you and the team to be part of the Playmill Season, and to be working with The Soho Poly?

The Soho Poly was the venue that launched the careers of so many household names; hearing actors talk about the political freedom they felt both as actors and audience members in the 1980s has given us an incredible and proud foundation to be working from.

And I can’t wait to see the brilliant other productions within Playmill – there are so many interesting stories and fantastic artists involved, we can’t wait to share a space with them all next week and to get back the buzz of being part of a festival!

Being back in a physical rehearsal room after a year of Zooming just feels so freeing. We’ve shared so much about ourselves in the process of bringing this play to life, which you just can’t do on a screen so connecting with these wonderful actors and collaborating with them to tell a new version of this story has been really special.

What would you say to anyone thinking of coming to see DANCE?

Do it! For 50 minutes you’ll feel totally removed from the madness of the current world and transported into a really compelling, funny and powerful story.

And you’ll leave still in the world of the play, full of ideas about what you’d have done in place of the characters. 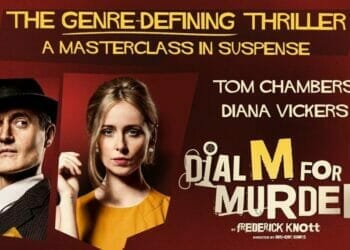 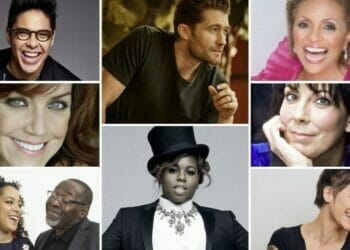 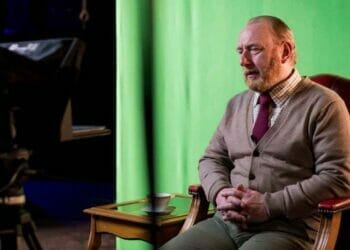 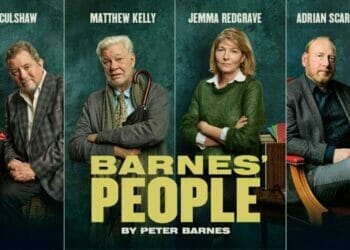