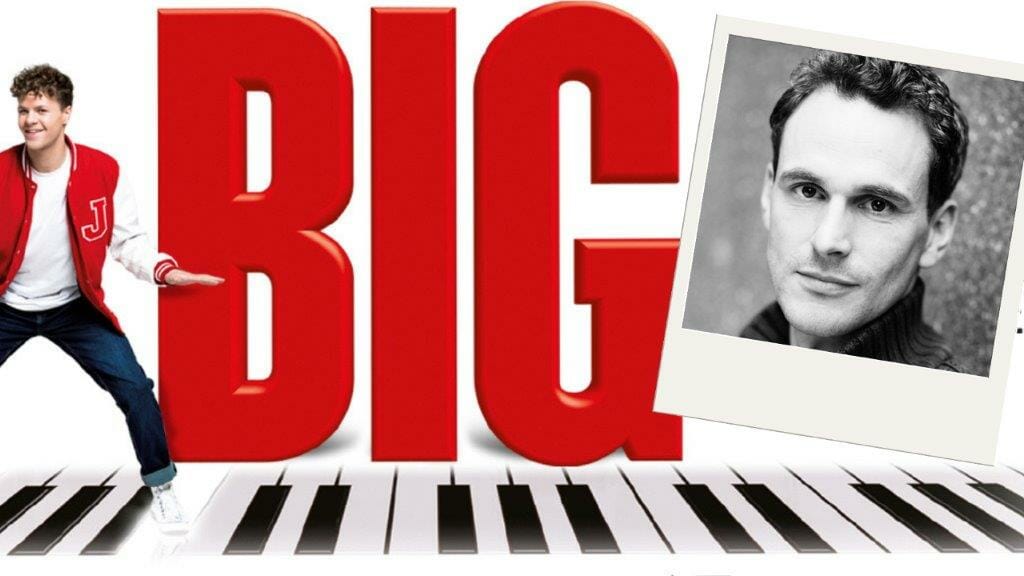 Edward Handoll stars as Paul Seymour in Big The Musical, based on the smash-hit movie starring Tom Hanks.

With music by David Shire and lyrics by Richard Maltby Big The Musical runs at The Dominion Theatre until 2nd November 2019.

You’re appearing in BIG The Musical at the Dominion Theatre, what can you tell us about it?

This show is the stage musical of the 1988 Tom Hanks classic movie, with just so much heart as the original and the central message of ‘be careful what you wish for’ and that we should never lose touch with the innocence of our youth, but also in this version is a stunning set, an amazing live orchestra and a stunning score from the legendary, Maltby and Shire. Not to mention the superb onstage cast complete with 1980s costumes and a few illusions for good measure.

I play Paul Seymour, who is the guy we love to hate. He starts out the story dating Susan, but we quickly see that he is self-centred, arrogant and only out for himself, so Susan quickly ditches him for Josh! He’s very fun to play though.

Were you a fan of the film? Had you seen it before getting this job?

Yes. It’s a classic, I grew up watching all those old Tom Hanks films of the 80’s and beyond. He’s a legend, and the story lines of these movies of that era are timeless and still stand up today.

How well do you think the musical adaptation represents the film?

The musical is pretty close to the original movie, but what musical theatre allows you to do is explore more into the characters and their emotions through songs. For instance we have a beautiful song from Josh’s mum (the fabulous Wendi Peters) at the start of Act 2 about children growing up and how it changes them, called Stop Time.

What’s it been like working with Jay McGuiness and Kimberley Walsh?

Great! There is a lot of stigma in the business about stunt casting celebrities in shows, but these guys prove that it can be done and done well! What’s more, somehow they also booth manage to be so genuinely lovely, so it’s a real joy working with them.

I loved walking out on stage at press night and feeling the buzz and electricity of the atmosphere of the Gala Night. I’ve had to pinch myself several times during the run, when I think about being at the Dominion. It’s one of the biggest West End theatres and we are so lucky to be playing here.

It’s only in the West End for a few more weeks, what will you miss most about being a part of BIG?

I will miss the people the most. This has been an amazing company to work with, on and offstage. I will also miss Paul Seymour – despite him being the ‘villain’ of the piece I’ve found a real sympathetic connection with this character, and he is a joy to play.

What would you say to anyone thinking of coming to see BIG The Musical?

Make that wish to be a child again for a night….but get ticket quick…there’s not long left!!

Children’s Cast Announced for The Prince of Egypt