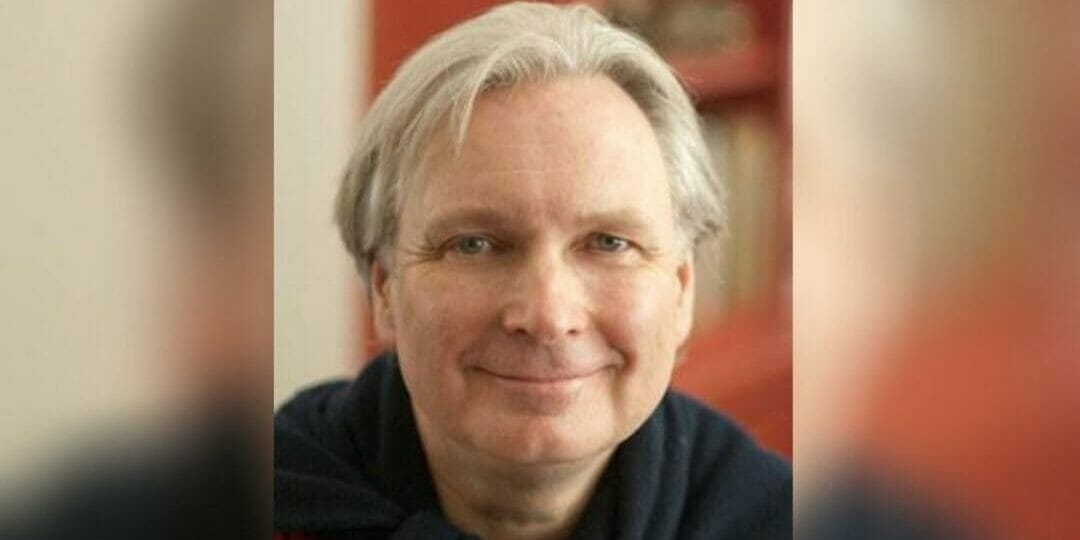 These monthly events will present brand new work which can be streamed online, and also experienced live for a socially distanced audience. The season opens on 1 September with The Last Broadcast by Carey Crim.

Scattered by Megan van Dusen will be performed in October; and in November, The In-Between, a fantasy musical by Laura Tisdall. The first season will end in February 2021 with a play-through of StarBoy, a dazzling new musical by Ray Shell and Christopher Van Cleave.

You’re bringing Riverside Reads to Riverside Studios, what can you tell us about it?

As part of the 2020 season at Riverside Studios, Hammersmith, it is planned to regularly read and discuss new plays – or plays new to the UK – at 2.00pm on the first Tuesday of every month.  Each play is carefully chosen, rehearsed in a day and performed in front of a live audience when possible and streamed worldwide.  It is hoped that Riverside Reads will find new scripts, new writers and a new audience, local and from afar, whilst at the same time incorporating several of the new spaces at Riverside Studios – a meeting room overlooking the Thames, a large atrium, a subterranean bar – as well as the more conventional Studio Theatres.  At a time when the whole of British theatre is in a precarious position, Riverside Reads will bring work to over 100 freelance employees.  Any profit will be ploughed back into Riverside Studios

What inspired you to create Riverside Reads?

I was looking forward to 2020.  After the successful launch in 2019 of a new product – The Best of Rock Musicals at the Eventim Apollo – we were all looking forward to consolidating its reputation and building a new audience with a second show in June 2020.  We cancelled the moment it was apparent that live events were not to be permitted in the foreseeable future.  And all my company and technicians instantly lost yet another live gig.  Like everyone else, I found the lock-down a mixed blessing.

For the first time in my life, everyone – high or low – was in the same boat.  We were all royally stuffed.  I bought Netflix and watched some truly wonderful tv programmes – Call My Agent!, Unorthodox, Ozark.  Programmes you simply don’t see if you work at night in a darkened room.  It was fun at first, walking down the centre of the back streets of London for an hour.  Finding nooks and crannies in Chiswick House and Gardens.  Waiting for the weekly food delivery.  Playing jolly quizzes on Zoom (who had previously heard of Zoom?) and calling friends who had been shamefully neglected over the years.

Then the sorrow kicked in that so many of our companions were seriously, life-threateningly, out of work.  And for the first time the enormity of one single word struck a discord.  Redundant.

Me and all my pals, my work-mates and allies were labelled redundant.  Surplus to requirement.

And do you know what?  I thought, no.

Why was it important to you that the events feature only new writing?

Each Riverside Reads play has been carefully chosen, will be rehearsed in a day and performed in front of a live audience when possible, and streamed worldwide.  The idea is to show an audience what a first read-through is like.  Not a play-reading of a well-known or much-loved play.

So, both the newcomer and the regular theatregoer will have the chance to see exactly what goes on at ‘the first read-through’.  Of interest to both the hardened professional as well as the keen newcomer, this process is usually entirely private.  How many plays have changed direction after a stunning first reading?  In pre-production, one style of performance may have been planned for months but, if at the first reading the director hears some brilliant idea from an actor, who blinks first, the director or the actor?  Will the director spend three weeks nudging an actor to give the performance planned from the outset?  Or will the director instantly change and nurture the brilliant idea presented by the actor at the first reading?

I really hope an enterprising producer or two will discover our new plays – they are all very commercial.

The work is new, but the actors are leading names, how did you get them involved and were they keen to support?

As this is a new project, I have asked friends and allies to support.  Later I hope people will join from all over  – Trevor Nunn has a new play by a friend he would like to offer later in the season.  I hope we find our audience, and they find us.

They will be performed to a socially distanced audience, and streamed online, what kind of opportunities and challenges does this new hybrid model of theatre present?

First readings are, for writers, actors and directors alike, incredibly exciting and very important.  What happens is usually confidential.  We are sharing the experience.  As in all theatre, the play’s the thing.  Here an audience get to hear a play without the distractions of a production – no sets, no costumes, no lighting.  Just the words.  On Tuesday September 1, the words will be spoken live in London and will be heard simultaneously by the author in New York.

What would you say to anyone thinking of watching Riverside Reads, either in person or online?

Please come and join us.  You will hear some great writing being performed by some fine actors.  Come and admire fine writing and terrific acting.  The backbone of great theatre.  And, who knows, you might find a horse you might fancy backing in a future commercial production.

Riverside Reads curated and directed by Hugh Wooldridge begins at Riverside Studios on 1st September, programme and tickets can be found here. 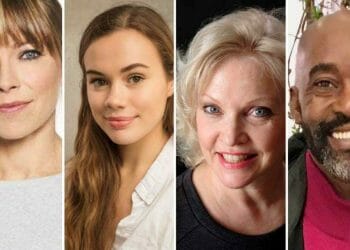