Following a hugely successful run last autumn, Birmingham Repertory Theatre in association with Lee Dean present a tour of The Lovely Bones. Huw Parmenter appears in the production as Sam/Len.

The production opened at Birmingham Repertory Theatre on 6 September.

You’re appearing in Alice Sebold’s The Lovely Bones, what can you tell us about it?

The very fabulous Bryony Lavery has adapted Alice Sebold’s novel which examines the fallout of a family coping with extraordinary grief. It’s a remarkable story which blurs the boundaries between the living and the dead and in the midst of such trauma finds real beauty, joy and hope.

The production is full of Melly Still’s magical touches – I’ve never known a director use all aspects of theatrical possibilities in such a vivid, creative and powerful way, whilst at the same time giving real space for actors to do their thing. Technically it’s incredibly challenging and I have to say the performances from my cast mates are extraordinary. I’m incredibly proud to be involved in it. It’s total theatre.

I play Len Fenerman and Samuel Heckler. There’s a fair bit of doubling in the play from the cast which is always a fun challenge. In my case the two parts couldn’t be more different Len is the detective in charge of the investigation, he becomes emotionally embroiled in the family and is ultimately quite a tragic figure marked by loneliness, repeated failure and he carries a great deal of personal and received tragedy around with him. Samuel on the other hand is full of youthful optimism – he enters the story at a very dark time and sets out to help mend the fragmented family with love.

What do you like most about Alice Sebold’s writing?

The novel is beautifully written and Bryony has managed to capture and adapt into dialogue which feels very human. She writes with a very specific structure which is incredibly useful for actors. A lot of what the novel does really well is exploring the feelings and thoughts of these people when they are unable to vocalise – there is a similar quality of subtlety and nuance in Bryony’s script.

What do you think has been the most challenging part of this production to stage?

Technically it’s extraordinary, but the tech has actually been really smooth which is a testament to all the stage management and creative team who are fantastic. Personally, delving into the harrowing themes and spending a lot of time researching and getting to know the world of the play has been tough. You find yourself having pretty horrible dreams as a result of filling your subconscious with dark material. A totally separate and much more fun challenge would be my quick costume changes…some of them are super fast so I’m delighted to be onstage in the right outfit, at the right time with the right props

The company is filled with really lovely people so getting to spend time with them all is a treat. We tour to Hackney Empire which is a stones throw from my house, ideal. We also play the Oxford Playhouse which is my hometown, I saw my first piece of theatre there when I was a kid and we used to go to Panto most years – I’ve never performed there so I’m really excited to be getting on that stage.

What would you say to anyone thinking of coming to see The Lovely Bones?

If you’re thinking about it, definitely book it. I genuinely think it’s one of the most amazing pieces of theatre I’ve seen/been involved with. Even in rehearsal it felt very special – the storytelling, the performances, the vision of the creative team – when you layer in the magic of the set, sound and lighting design it forms into a really unique experience. Plus, there’s loads of banging 70s tunes in it which you get to hear nice and loud, so if only for that its worth coming along! 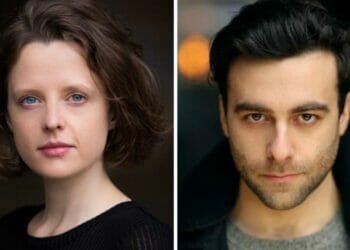 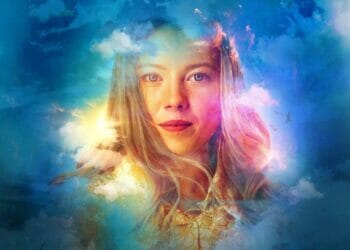 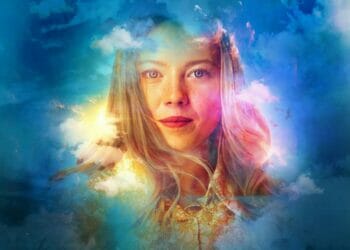