Following two Edinburgh runs and the UK tour of JOAN, Milk Presents launch their brand new show BULLISH at the Camden People’s Theatre. Co-created between Lucy J Skilbeck and an ensemble of queer, trans and drag performers, BULLISH uses the myth of the Minotaur to explore contemporary identity and our fear of otherness, through the lense of mythology’s hottest queer character.

BULLISH is coming to Camden People’s Theatre, tell us about the show?

BULLISH merges mythology and contemporary experiences to explore masculinity, trans-masculinity, and queerness. The story inside it takes place over the course of one night and steals loosely from the myth of the Minotaur. It’s a simple or as layered as you want it to be.

Where did you get the inspiration for Bullish?

BULLISH was formally called BODIY – and it explored the idea of what it means to DIY your own body. I then encountered the myth of the minotaur, a mythical creature that is part man, part bull. I was attracted to this bull! As a non-binary person something clicked.  I loved the way it merged forms, I loved it’s anger and it’s sweetness.

The minotaur is locked in a labyrinth and I found this a useful way to talk about dysphoria. This is in no way everyone’s experience, but is mine. I let these things settle for a while, DIY, bodies, minotaurs, masculinity, female masculinity, dysphoria, bulls, mythology – and eventually, with the input of the cast and team – we made BULLISH.

Bullish is headlining Come As You Are, tell us about that?

Come As You Are is a festival which gives space and time to a plethora of shows and artists exploring trans and non-binary identity. From scratch performances to fully realised works, there will be a huge amount to soak up and experience. Hopefully you can see a show, chat to the artist, knock about some ideas and see the next piece. For me it’s about ideas, grass roots, community and politics.

You’ve been really busy recently with JOAN, how does it feel moving on to a new production?

JOAN is a show that is really special to me. It was my first formal play as a writer, and I loved teaming up with Lucy Jane Parkinson. I hope it articulates something complex in a gentle and fun way. I then directed Chekhov’s The Bear and The Proposal at the Young Vic, this allowed me to work rigorously with a text and push some ideas around found text and queered forms. BULLISH has a different feel again. The piece feels like it doesn’t have any answers, and is a snap shot in time. I like that. As with all my work the cast, including Lucy Jane Parkinson again, have been integral to building the show, and I’m excited to premiere the work at CPT, who have been instrumental in our development as a company over the years.

You’ve now had two successful runs at Edinburgh Fringe, what did you learn from that?

Bring an anorak, flyering still works, be patient, triple check how long your show is billed as before you sign it off… relish the highs and roll with the lows.

What do you think audiences will enjoy most about Bullish?

Hopefully it leaves plenty of space for you inside it, come enjoy the story or the songs or the cabaret or the chat. 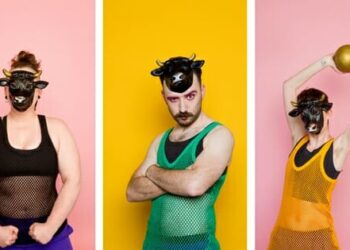 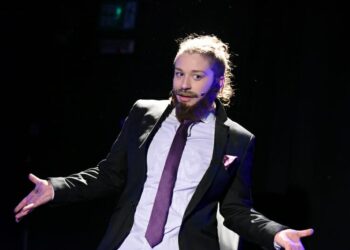