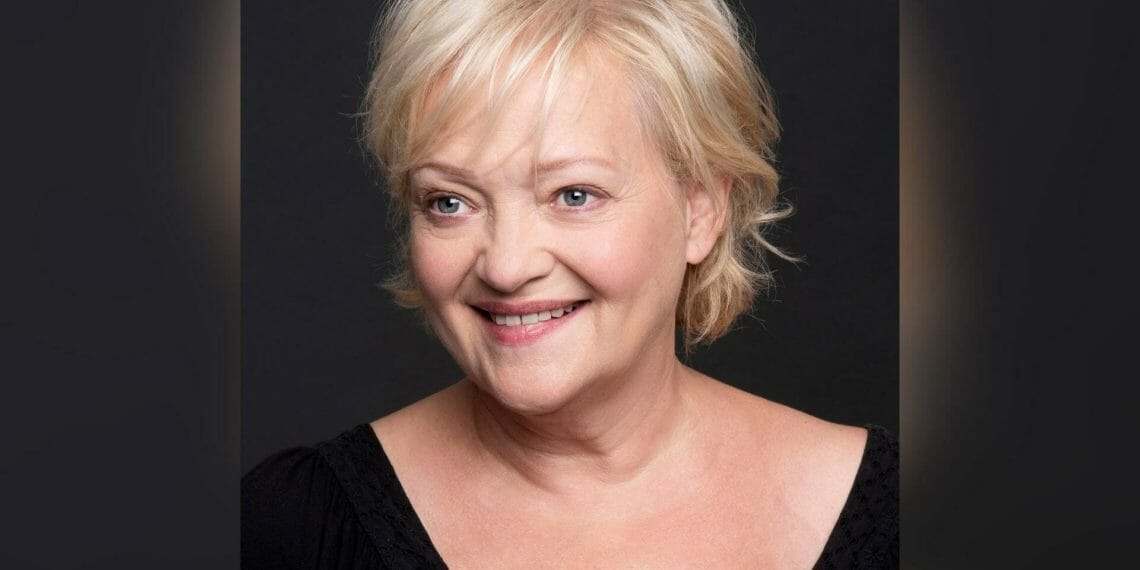 Interview: Maria Friedman on The Witches of Eastwick at the Sondheim Theatre

“I think it's universal, like all those musicals that get great followings it’s still speaking to each generation that comes along.”

Maria Friedman’s distinguished career in musical theatre has seen her win three Olivier Awards, including two for Best Actress in a Musical.  While Maria still takes to the stage, she has, in recent years found a new love for directing.

Amongst her varied stage roles, Maria originated the role of Sukie in the West End premiere of The Witches of Eastwick, which opened at Theatre Royal Drury Lane in June 2020.  Despite garnering a loyal legion of fans, it’s taken 22 years for The Witches of Eastwick to return to the London stage, as Jack Maple Productions prepares to stage a one-night concert production at the Sondheim Theatre, and who better to direct the musical’s triumphant return, than original cast member, Maria Friedman.

“Cameron McIntosh asked me”, says Maria “he said that Jack Maple and his team were these really impressive producers who were wanting to put the show on and wanted me to direct it, I said yes straight away.”

Despite having just met the producers, Maria knew she wanted to work with them, “I’m a great believer in bringing on new talent from all parts of the industry”, says Maria, “and I mean they are are brilliant, much more efficient than I’ll ever be, but it’s nice to work with not just old friends but a few new ones too.”

Maria remembers playing Sukie fondly, “What stands out most from that time was meeting the writers for the first time, it was a wonderful experience.  It’s another reason why I had no reservations about directing this production. Over the years I’ve become great friends with Dana Rowe and John Dempsey, I love them very dearly.”

Describing The Witches of Eastwick, Maria says, “We follow these three amazingly strong different women who feel a little bit lost, and then an incredible charismatic human being comes in and shakes the whole village up, but they are all left actually more whole at the end of it, recognising how wonderful each one of them are. Yes, it’s about recognizing the light within us.”

Carrie Hope Fletcher, Danielle Steers* and Laura Pitt-Pulford will star as Sukie, Alexandra and Jane, while Giles Terera* plays Darryl Van Horne, “I was very involved in the casting”, says Maria, “we’re very lucky to have the three female leads that we have, and Giles is fantastic. The great thing is that it’s not just one principal role, they are big, juicy, funny, and moving roles, they’re all virtuosic parts so it’s great celebration of talent.”

Maria reflects on her memories of The Witches of Eastwick as a joyous production, “joy is part of being alive, and I think you forget to celebrate that at your own peril, and I don’t mean just as we come out of a pandemic, I mean obviously we’ve had a lot of time for introspection, but aren’t we lucky to be free, and healthy, and able to go to the theatre and sing songs? We’re so privileged, especially when you consider what’s happening in Ukraine. I feel very strongly that one always has to remember the privilege of storytelling.”

For this one-off production the story will have to be told in a different way, “it’s a concert staging, but it is being costumed, and we are having bits of set, plus a very exciting bit that’s well-known amongst fans of The Witches of Eastwick, but I can’t tell you any more than that!”, Maria teases.

Maria says that fans of the original production shouldn’t worry though, “for people who saw the original production, we do want to evoke a sense of newness to it, because it isn’t what it was. It’s a completely different cast and I want to let those people breathe their own spirits into what’s already there.”

“The great thing about good musicals is you can reinvent them, and John Dempsey and Dana Rowe have left us lots to work with. The characters are so defined, but within that you can put someone with a great personality in and they can own it. So, we’ve got some really big spirits in there that will hopefully just refresh it.”

Maria is also looking forward to welcoming a new generation of audiences to The Witches of Eastwick, “it’s a really good musical with strong characters and a good message, without it trying to hit you on your head with a moral. But it’s also a bit naughty, it’s playful and it’s sexy.”

“I think it’s universal, like all those musicals that get great followings it’s still speaking to each generation that comes along.”

Maria is excited to start working with the cast, “alongside these big names, we’ve got a choir of over 20 people and then another ensemble of 12, so the cast is quite big.” Maria admits that could be a little daunting for her as a director, but is encouraged about the show’s sense of community, “When I think about it now, we’ll all come together to create this show, which is very like the pandemic, in the way streets came together to support one and other.”

“It’s great that we have this fantastic cast,” Maria concludes, “we’re very lucky to have got them all, because I don’t think if this was having a full run we could ever have secured all these great people, I think people who come to see it are guaranteed to have two and a half hours of bliss.”

The Witches of Eastwick, directed by Maria Friedman, is at the Sondheim Theatre on Monday 20th June 2022.

*Following the publication of this interview, a cast change was announced.  The role of Alexandra will now be played by Natasha J Barnes, and the role of Darryl Van Horne will be played by John Partridge, full cast details can be found here. 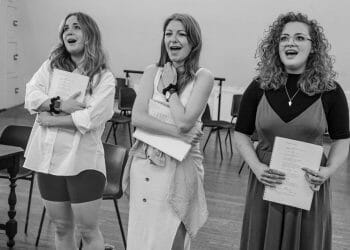 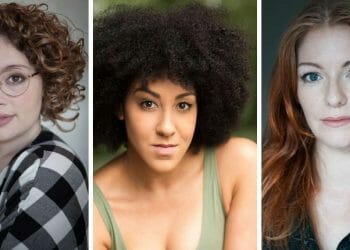 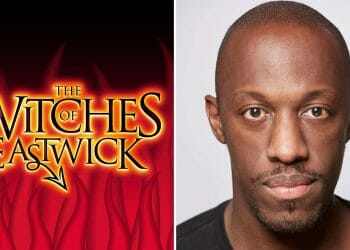 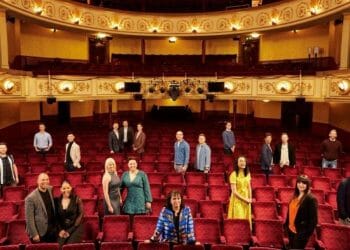 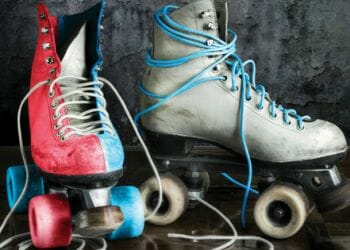