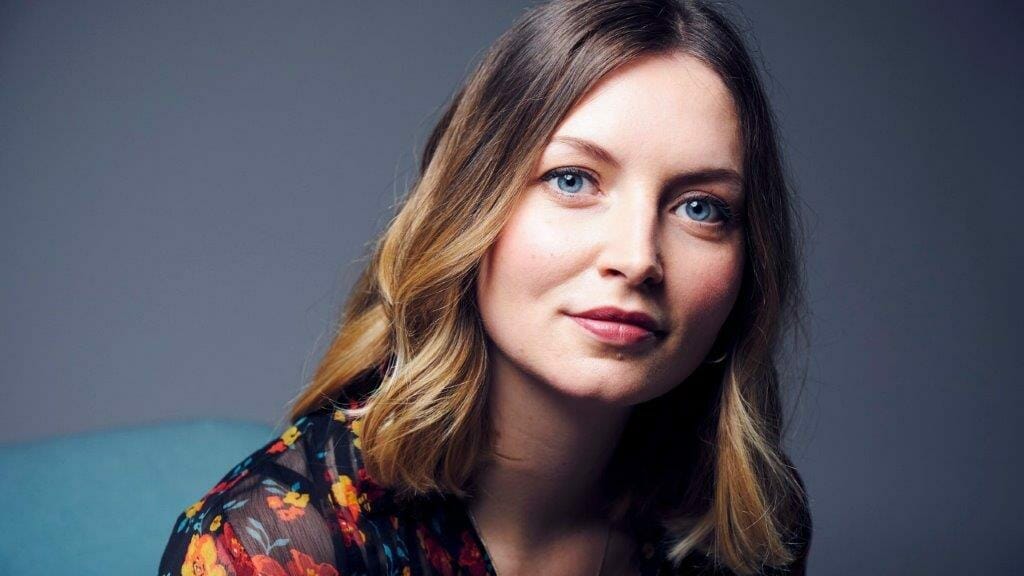 Nicola Wren knew from very early on that if she wanted her four siblings’ approval then she would need to impress them, so she set out to become a superstar.

But what happens when one of her siblings genuinely does become a superstar? With Chris Martin of Coldplay as her older brother, how long can she fight to stay out of his shadow? How can she prove to her siblings, the world and, eventually, herself, that she is enough in her own right?

Following a sell-out run at The Edinburgh Festival Fringe 2019, Nicola now brings her brilliant, funny and poignant one woman show Superstar to The Southwark Playhouse in London from 26th November – 21st December 2019.

You’re bringing Superstar to Southwark Playhouse, what can you tell us about it?

I am so excited to bring Superstar to the Southwark Playhouse after a brilliant month at the Edinburgh Fringe. The play is a fun, honest and heart-warming look at my personal story of growing up as the youngest of five children and desperately trying to win my older siblings’ approval by becoming a superstar.

It is about the childhood delusions I had about what my career as an actor would look like and how my relationship with fame changed drastically when my eldest brother became an actual superstar. I spent a long time thinking that success and fame would make me feel like I was worthy of love and attention, constantly seeking approval from other people and I made this show to celebrate getting to a point in my life where I realised that I am enough and that the only person that I really need to validate me is me. Although I am painfully aware that it’s pretty ironic to make a show about that, when it requires an audience to, ideally, enjoy it and clap at the end!

We hear you’ve made some changes since it’s Edinburgh run, what made you want to update it?

The fringe is such a brilliant place to test out new work because over the month you get to see how different audiences respond and what is resonating the most with people. I feel so lucky to have the opportunity to do it again in a snazzy venue in London, so I wanted to take what I learned from the fringe and put it into a new version. I think to say, ‘oh that went well, I’ll leave it’ would be a bit lazy of me when I know that, with the gift of hindsight, I can make it better and bolder.

You’ve been writing and performing for a while now, why was now the right time to tell your story?

I started writing as soon as I graduated from drama school, and at first it was an exercise in whether or not I could actually put on a play at all. When I did that, I wrote my second play to see if I could write about something more dramatic and sad. When I’d done that, I thought the next challenge would be to see if I could be myself on the stage and make something really honest and in which I could be vulnerable in a real way.

Telling my own story and confronting my fear of people finding out about my brother being in Coldplay was something that I had always feared doing but also desperately wanted to do, and I felt that I could no longer let my fears about what people would think get the better of me. I wanted to have fun and use my full personality in a show because I think that’s the best way of connecting with an audience in an honest way. It felt like a necessary step to free me as a writer.

Were you worried about sharing your ‘Secret’ with Fringe, and now London audiences?

Yes and yes! Of course, with any show there is worry about what people will make of it. I know that some people won’t get what I’m trying to do and think I’m just ‘cashing in’ on my brother’s success, but because I feel so passionately about needing to do this in order to progress creatively as a writer, I have chosen not to let my worries stop me and trust that once people have seen the show, they will have a great time, get where I’m coming from and, hopefully, relate to and find comfort in the story.

Your family feature quite heavily in the show, how have they supported you with Superstar?

Mostly their support has been to just let me get on with it. There’s a bit of eye-rolling about my constantly making these shows, ‘when will she shut up?’. I’ve always been so worried about what they think about everything that I do, so making the show was a way of combating that. And I think they secretly love being talked about.

What’s the biggest challenge for you as a person and a performer in putting Superstar out there?

I’ve been so lucky to have a brilliant team working on the show, my director Sadie Spencer is a genius and a goddess, so I’ve felt very supported and I trust that she won’t let me make a total fool of myself. But I’ve also found it a deeply lonely thing, putting my most humiliating stories, thoughts and feelings into the world, asking people to lend me money to put it on and then knowing that ultimately the I am the only one who can be held accountable for whether it’s good or not. And facing up to the fact that some people just won’t be onboard with it is always a mental challenge.

There are moments where I think, ‘what have I done?’ and nothing anyone says can stop those thoughts, so I’ve had to dig deep to back myself with it. But it’s also been incredibly liberating and fun, and I’m so grateful to have the opportunity to do it.

What have you enjoyed most about your Superstar experience?

I LOVE rehearsing with Sadie. We laugh all the time and she never judges me if I write a bit that’s really bad. The show is packed with stories that have been with me for so long, and bursting to get out and bringing them to life and making other people laugh with them is just the best feeling in the world.

What would you say to anyone thinking of coming to see Superstar?

Come! It’s an hour. It’s fun, and you might leave with a new perspective on your career and your relationship with your family. You might not. But at least you’ll have spent an hour of your life not thinking about all the shit that’s going on in the world. And you might even get to slow dance to Daniel Bedingfield.

Superstar by Nicola Wren is at The Southwark Playhouse in London from 26th November to 21st December. For tickets go to www.southwarkplayhouse.co.uk/show/superstar