Richard Gadd is known as an actor and comedian, but is also an accomplished writer, and recently penned an episode of Netflix’s smash hit Sex Education. His latest stage show Baby Reindeer, has just been nominated for an Olivier Award following a run at The Bush Theatre, and will transfer to The Ambassador’s Theatre for a West End run this April.

Richard grew up in Fife in Scotland, and attended Glasgow University to study English Literature, it was here that he joined the student drama group STAG, which would give him his first ever taste of the Edinburgh Fringe Festival.

“When I was there I realised what an exciting place it was to be, and I wanted to go back,” says Richard, “I vowed that I would keep taking shows to Edinburgh until I felt I didn’t need to anymore.”

For Richard, Edinburgh is where he learned his craft, “in this industry you can’t ignore the strength of the festival, it’s a place where people get noticed and work transpires off the back of it.  There’s something about doing a whole month up there and really putting yourself out there, and no mater what happens it will make you a better writer and performer.”

It was in comedy that Richard found his natural style best suited, and it was in Edinburgh he felt most accepted, “I was doing different stuff, especially satirical work, and my style and weirdness wasn’t always accepted elsewhere, but it’s in Edinburgh that weirdness thrives.”

Behind the successful comedy shows, Richard was struggling with a secret.  “My twenties were such a mess, looking back I can’t believe how bad they were.  I remember doing these comedy shows at the same time I was struggling with being sexually abused. I was headed for a breakdown, but I didn’t want the sexual abuse to ruin the momentum I had built up with my comedy shows.”

Richard found that his own experiences of abuse were starting to creep in to his comedy work, “those shows were anarchic and didn’t really delve deep in to anything, I started to get reviews saying that I was talking about sexual abuse in a frivolous way and that made me really angry, they didn’t know what I had been through, and I thought I was entitled to speak about it how I liked.”

“In hindsight though, they were probably right, I was just skirting around the edges of what had happened to me.  It reached the point of do or die, would I keep the secret inside, eating me alive and stunting my professional growth, or come clean and not be scared of it anymore.”

In 2016, Richard brought Monkey See Monkey Do to the Fringe, the show tackled his very real and personal experiences of being abused. “It was the biggest gamble I’ve ever taken, and perhaps ever will take, but it paid off.”

Monkey See Monkey Do won the Perrier award and would go on to play in London and Melbourne, as well as touring the UK and Europe. “I was an underdog doing the Free Fringe, and after Monkey See Monkey Do, I exploded in to the mainstream, people started to know who I was because of that show.”  But despite the critical acclaim, Richard says it brought him something even more important, “It helped me phenomenally, it brought me clarity and peace, and helped me overcome personal demons.  It’s the fear that people will judge you or think you’re less of a man, when I came clean I realised the only person that had been judging me was myself.”

It was another traumatic time in Richard’s life that would inspire his next show, Baby Reindeer, which he took to the Fringe in 2019 and has subsequently played at London’s Bush Theatre and has just been nominated for an Olivier Award.

“Baby Reindeer is a classic thriller really, it’s about a woman who stalked me relentlessly for six months, and it’s all true.”  With Baby Reindeer, Richard appeared in the theatre category of the Fringe for the first time, “I wanted to do theatre, I like new challenges, I also thought with Baby Reindeer it wasn’t just about me, it was about my stalker who was unwell, so I didn’t want to cheapen it by putting in loads of jokes.  I felt naturally it was a theatre show, if I had made it a comedy I would have been disrespecting both her and myself.”

Going through the experience of being stalked, Richard knew that he would eventually make a show about it, “being stalked from every angle possible in this digital age is scary, with Monkey See Monkey Do I had no idea it would become this social political comment, but with Baby Reindeer I felt I had a responsibility to shine a light on what had happened to me: how the police are overstretched and underfunded, and to talk about just how vulnerable I felt.”

Richard admits that taking another personal story to the Fringe, especially one about his real-life experiences of being stalked, was a risk.  “I felt a huge amount of pressure after the success of Monkey See Monkey Do, but also I was talking about a stalker and at the same time saying I will be in this location, at this time, every day.  During the Fringe there were times when I felt completely overwhelmed, but when I did, I looked back to how I was feeling during Monkey See Monkey Do, and reminded myself that doing that show ultimately saved my life.”

Richard stresses that there are a lot of unsung heroes on the team, “director Jon Brittain has been great, he’s taught me the importance of collaboration and respect for the text, it means we started building a show from a very strong script.”

Richard has also been working with producer Francesca Moody, “when we started on this she asked me what I wanted from the show, she’s worked her magic and delivered all of that in under a year, I’ve performed it at reputable venues in Edinburgh and London, and now it’s transferring to the West End.”

“I’m looking forward to the experience of being part of the West End, it’s the holy grail of British theatre, being in the Ambassadors which has so much history, I just want to soak it up.  When you’re doing a show that’s so personal, there’s a temptation to just want to get through it, but bringing Baby Reindeer to the Ambassador’s, I want to enjoy it too.”

Baby Reindeer, written and performed by Richard Gadd, is at The Ambassador’s Theatre 2nd April to 2nd May 2020. 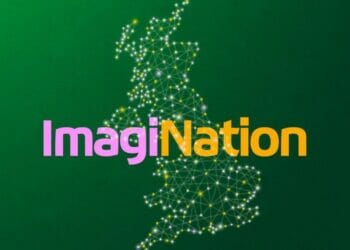 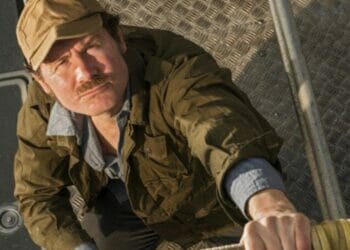 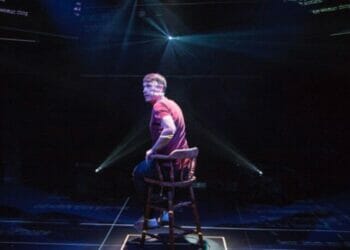 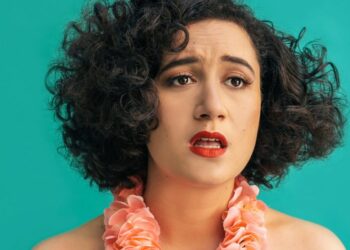 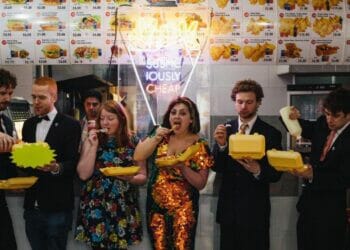