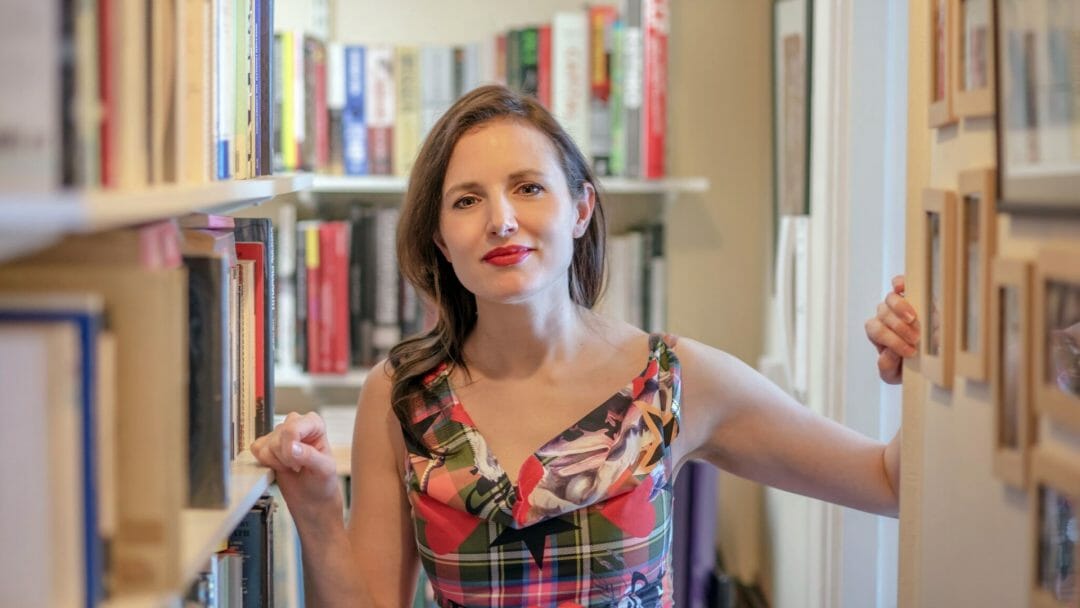 Sarah Grochala is Festival Director of Brexit Stage Left, a five-day festival of staged readings of provocative cutting edge plays from across the EU from Monday 7 – Friday 11 January 2019 at the Yard Theatre.

In a Europe that appears to be falling apart, eight playwrights reflect in radical ways on the challenges we all face together. From a mockumentary play about the rise of the far right to a medieval comedy considering the consequences of living an internet age, this festival brings you the best of new European drama alongside events considering our relationship to Europe in a post-Brexit world.

What can you tell us about Brexit Stage Left Festival?

Brexit Stage Left is a festival of readings of new plays from across Europe at the Yard Theatre. It features seven European playwrights and one British playwright. The plays in the festival cover a range of different styles from domestic dramas to zany comedy to poetic pieces and give an idea of the range of different styles of playwriting that can be found across Europe.

The plays address a number of different issues that affect us all including the madness of contemporary capitalism, the migrant crisis and the rise of the far right. Five of the playwrights will be at the festival in person and are taking part in post-show talks. Alongside the readings, the festival includes an open space event on Wednesday 9 January at the Yard where we’re asking people to come and share their thoughts with us about what we’re going to do about keeping European theatre alive on British stages post-Brexit? There’s also a conference at the end of the week on Friday and Saturday at the Royal Central School of Speech Drama where we’re exploring the reasons for the lack of European drama in translation on British stages.

How did you get involved in the festival?

For the last three years, I’ve been the English language co-ordinator for a European translation network called Eurodram. Travelling around Europe, I would meet a lot of playwrights asking if I could get their work produced in the UK. My honest answer to this, was that I probably couldn’t as there are only a few companies in UK that produce contemporary European Drama in translation and there are a lot of European plays! So instead of trying to get individual writer’s plays on here, I decided to look at putting together an event that would raise awareness about the lack of European plays on British stages to see if we can change that a little. After the Brexit referendum in 2016, it seemed even more important to consider both the position of European theatre in the UK and our own attitudes to Europe. So that’s how the festival came about and I’ve been lucky enough to gain the support of the British Academy, Arts Council England, the Goethe Institut and the Royal Central School of Speech and Drama in order to make it happen.

Why do you think it’s so important that festivals like this exist?

It’s important that festivals like this exist to both promote European work and to remind us of what is absent from regular British theatre programmes. It gives a chance for audiences to see a range of work over a few nights that they wouldn’t normally have the chance to see unless they could afford to travel to Europe and, in many cases, spoke the language the play was originally written in. In terms of European theatre specifically, I think we have some slightly false conceptions of European theatre in the UK. A lot of the European theatre that we get here is director or company led. It tends to be devised work, adaptations of novels, films etc. or versions of plays that we already know (either classic texts or contemporary British plays). As a result of this, we tend to forget that some European theatre is playwright led and that there is new writing in Europe too. There are some great companies such as ATC, the Gate, the Royal Court and the Theatre Royal Plymouth that regularly produce or support the work of European playwrights, but it would be fantastic to see more of this work on British stages. I think would be inspiring for artists and give audiences a chance to engage with stories from a range of different cultures across Europe, promoting a better understanding of those cultures and what we share in common. The latter is particularly important at the moment. There has been so much intolerance across Europe in the last few years. It’s really important that we remember the things that bring us together rather than those that split us apart.

You keep the playwright secret until after each writing, why is that an important factor?

We wanted to play with people’s pre-conceptions of what European theatre is. There is a tendency in the UK to think of European theatre as somehow other to British theatre. Perhaps as more serious, more difficult and less naturalistic in style. We’re interested to see whether the audience can identify the British play in amongst the European plays. We’re also interested to discover, what elements of a play, audiences might identify as either European or from a particular European country. For example, are British plays always more naturalistic than European plays? Are European plays always very serious?

What do you hope the festival will achieve?

I’m hoping that the festival will achieve a number of things. I hoping it will generate more enthusiasm for European work on British stages. I hoping it will challenge people’s pre-conceptions of what European theatre is. I’m hoping it will introduce British audiences to the work of a range of European playwrights, many of whom have not had their work staged here before. I’m hoping it will enable people to come together to think about what the place of European theatre on British stages might be post-Brexit. Personally I wish we could stop Brexit, but if we can’t, then it’s important to strengthen our relationships with our counterparts in Europe in order to maintain an exchange of work and ideas after March 2019.

What would you say to anyone thinking of coming along to Brexit Stage Left Festival?

Please come! We’re excited to see as many people there as possible. We’re thrilled to be able to share the work of these brilliant playwrights with you and to give you the chance to discuss their work with a number of them directly after the show. We’re really keen to share ideas with you and to hear your thoughts on how to preserve our relationship with both European theatre and Europe post-Brexit.

The Yard Theatre Announces Cast of An unfinished man

Preview: Call It a Day from Greg Wohead at The Yard Theatre