"Live theatre is so important for children’s mental wellbeing and their imagination. Even if a child doesn’t end up in The Arts when they grow up, there might have been one thing they took away from one show when they were tiny, and that inspired them to do what they do when they get older"

First performed at the Edinburgh Festival Fringe in 2019, Tiny T’s Storytelling & Theatre present a brand-new musical adaption of Spectacular!, along with a rhyming Picture Book that will leave everyone, tiny or tall, with a twinkle in their eye. Performed with high energy, life size puppets, creative props and catchy songs that will get everyone toe-tapping.

You’re bringing Spectacular! To the Iris Theatre Summer Festival, what can you tell us about the show?

Spectacular is going to be really special this summer because I think every family will be looking to have a good time, relax and let their hair down a bit!

The show is all about celebrating colour, art, talent, imagination and belief. Spectacular is more than just a show, really- it’s a piece of art in itself! As we also have a Children’s Picture Book adapted from the original show in 2019, each audience member can take something really special home with them, filled with colourful, artistic pages with important moral messages inside.

Within the show, you can expect extremely catchy songs, LOADS of colour and 3 Puppets: a Giant Caterpillar with a moustache, a scrappy-like Rabbit and a Bee who loves to sing opera! The show is fun, silly but most importantly will connect with every member of the family for different reasons. We are even getting the children to do their own artwork throughout the show to showcase in the Magical Art Shop at the end of the story.

What inspired you to found Tiny T’s Storytelling and Theatre and create Spectacular!

I trained as a Professional in Musical Theatre, and that was all I knew for most of my life. However, from a young age I was so excited by bringing my toys to life and making my own stories. I’ve always played and wrote my own music, along with poems and stories.

When I graduated, I felt totally lost and unsure what I wanted to do – I knew I loved indie theatre so I just thought I’d create something of my own where I could make up my own stories and perform them to families. I soon realised that this is what I had been waiting for and that Children’s and Family Theatre was my biggest passion in life. After watching many children’s shows at the Edinburgh Festival Fringe in 2018, including Tall Stories’ ‘Wilde Creatures’, I was totally in awe with the intimate setting and the magic of a small theatre and what that can feel like to young audiences, so I decided that I would write something of my own to perform in 2019.

I am a huge Roald Dahl nerd and I’m fascinated with the fact he wrote stories about normal people with extra-ordinary things happening to them. So, with this in mind, I thought about my own experiences and put pen to paper. I wanted to create something magical, but that people could relate to. After training in Puppeteering, Spectacular was created in early 2019 and we performed it in Edinburgh in 2019. I produced everything; from the music, to the set, to the puppets – you name it. We got together as a team of 4 and collaborated in directing it together. Since then, it’s just carried on evolving and growing.

What has it meant to you to be part of Iris Theatre’s Seed Commission series?

I don’t think I could possibly put it into words how grateful I am.  I have always done everything myself since I started Tiny T’s Theatre in 2017, which has been a real struggle as usually Theatre Companies work in a team.

So, to share my story about the show and what my visions and passions were for the future and to be then told I had been given the opportunity, I couldn’t believe that someone was interested in what I had to say! Iris Theatre are a company I have always looked up to and admired, with their performance of Pinocchio really inspiring me years ago.

They are such a kind, welcoming company and I couldn’t have asked for a better company to work for to get my feet off of the ground with this show. What they are doing, giving these opportunities to creatives, is honestly the kindest thing that so many of us need right now.

It’s quite funny- at the beginning of 2021 I had just finished the book that had been adapted from the 2019 show and I had very little confidence about it all. I knew I wanted to re-create the show itself but I wasn’t sure when. Suddenly, once I had been told I had been short listed for the Seed Commission, I suddenly had this surge of confidence and I just knew that this was the right time and that it had all happened for a reason. I’m so proud to be part of this Festival, particularly at a time where people and young audiences particularly have missed out on so much Live Theatre. I am buzzing to get back on the stage and lift everyone’s spirits.

What kind of things do you need to consider when creating a show for such a young audience?

When you are creating theatre for Families and Young Audiences you are constantly multi-tasking, because it’s not just the children you have to impress! It’s not like an adult show where the adults know what they are expecting before they come. You have to think of literally EVERYTHING. Costume changes are always super quick as you tend to be multi-roleing and you have to have a huge set of skills; singing, dancing, singing and dancing whilst you’re holding a puppet, whilst you’re juggling, whilst you’re putting on a hat.. The list goes on!

A children’s show needs to be high energy, creative and fast paced, but with those calm, considerate moments too. You need children to go away remembering the music, so that the moral messages are drilled into their brains, but equally, they need to remember all the bits that made them laugh out loud… meanwhile, you want to totally engage with the adults so that they remember it all too!

Mostly, though, creating a show for such a young audience allows you to release your inner child, get really silly and just have fun. Because if you’re not having fun on stage, the children will know. And they will yawn in your face and tell you it’s boring! The 3 yr old children as just as clever as the 10yr olds, and to be able to capture their attention for longer than 5 minutes is so incredibly rewarding. We have put so many things in Spectacular for every single age, there is literally something for everyone from 3-103.

Why do you think it’s important for children to get back to the theatre after being denied access during the pandemic?

I really do think that the atmosphere of live theatre is like nothing else. Live theatre is so important for children’s mental wellbeing and their imagination. Even if a child doesn’t end up in The Arts when they grow up, there might have been one thing they took away from one show when they were tiny, and that inspired them to do what they do when they get older. There is nothing like seeing how an actor can transform what looks like a piece of junk, or a toy, into a moving, working, animated puppet and suddenly it’s a character. It encourages children to go home and do the same with their toys or things around the house. I think during the pandemic, it all got a bit serious and children need to be children again. They need to engage with other children, laugh out loud and express themselves again!

It’s also so important for children to see their ‘grown ups’ having fun, laughing and engaging with the actors on stage, because it sets a brilliant example.

What would you say to anyone thinking of bringing their little ones along to Spectacular!?

Be prepared for colour, fun and lots of dancing! All we want to do is give something to families to take away as a memory and to make people laugh again. We can’t wait to see your smiling faces and encourage you to leave your serious faces at the door, because we want everybody, tiny or tall to be up dancing with us and enjoying themselves! 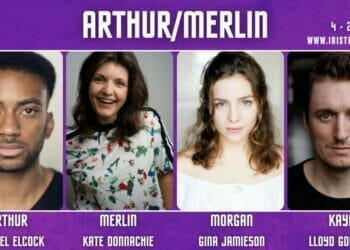 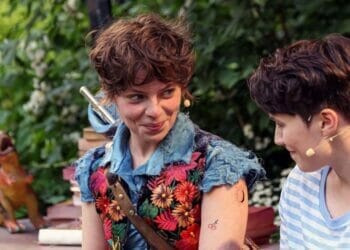 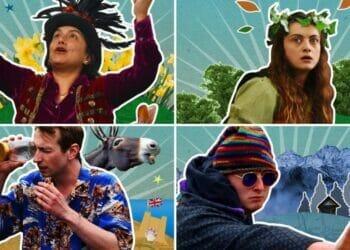 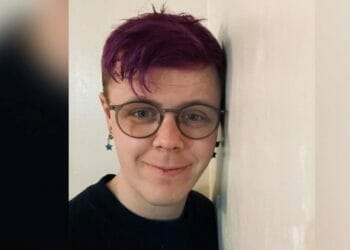 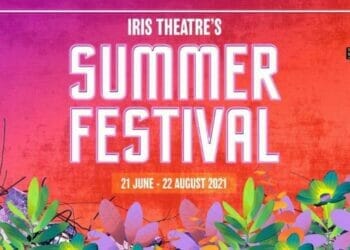