Mark Rylance Charity Performances at Pinter at the Pinter

Mark Rylance will join the Pinter at the Pinter season for two special charity performances of Harold Pinter’s Art, Truth and Politics, originally delivered by Pinter upon receiving the Nobel Prize for Literature in 2005.

As pertinent as ever, Pinter’s lecture will be performed in full by Mark Rylance on the 2 and 4 October at 6pm, before each evening’s performance of Harold Pinter’s one-act plays. One for the Road, The New World Order, Mountain Language and Ashes to Ashes are performed on 2 October, and The Lover and The Collection on 4 October.

The performances are available to ticket holders of the corresponding one-act plays on 2 and 4 October. He will perform in aid of Stop the War, with £10 from every ticket for both evenings donated to the charity.

Mark Rylance said “Stopping our involvement in War is more important than Brexit. It would be more fun than winning the World Cup. It would solve many of our problems and make us a true world leader. We as a people, at our best, are nothing, if not diplomatic. We have to be. We live on a small island. It is our gift.

We are a nation of remarkable imagination, invention, and governance. Our love songs are listened to everywhere. Our poems, plays and stories are read everywhere. Our comedians are laughed at everywhere. Our games are played everywhere. Our sense of justice, governance and liberty is considered everywhere. Why have we caused so much suffering? And exported so much violence? We have a lot more to offer this troubled world than cluster bombs, mines, and electric batons. When will we wake up to who we are? We could be doing a lot of good with our language, good humour, and innate gifts of mediation, and peaceful reconciliation. We are an Island people, we know how to get along with each other in a small space. STOP THE WAR!

Harold Pinter was one of our earliest supporters and his Nobel Lecture is a revelation. Here is a man passionately dedicated to truth in the theatre and the world. It will be an honour to speak his words.”

These two charity events are part of the Pinter at the Pinter season, an extraordinary celebration of the most important British playwright of the 20th Century, on the tenth anniversary of his death. Pinter’s twenty one-act plays will be performed in repertoire by a world-class cast.

Artistic Director Jamie Lloyd said: “I am delighted to welcome Mark Rylance to our special season, performing in aid of his chosen charity, the Stop the War Coalition. This is sure to be a powerful evening; one of the all-time greatest actors speaking the provocative and profound words of one of the all-time greatest playwrights and political agitators. The Nobel Lecture concerns the quest for truth in art and the scarcity of truth in politics. These performances couldn’t be more timely.” 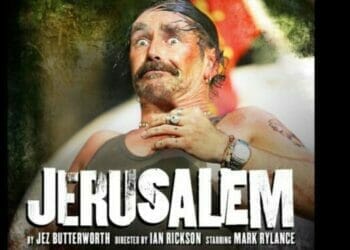 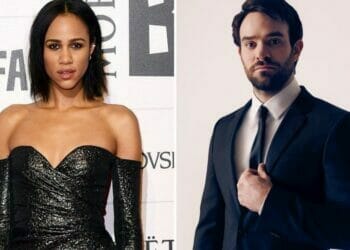 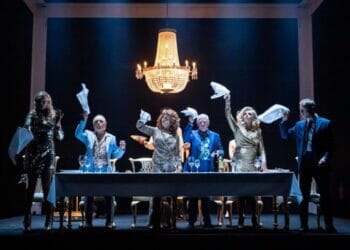 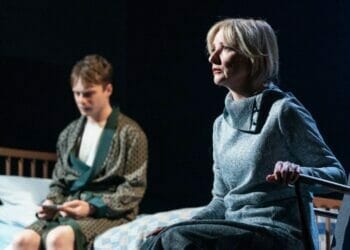 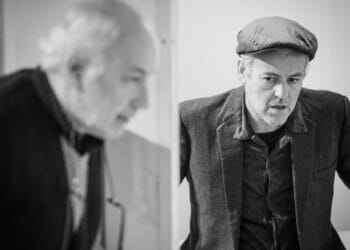