Awakenings at The Bloomsbury Theatre Cast

McNicol Ballet Collective is providing opportunities for freelance artists who will come together for its debut performances of Awakenings at The Bloomsbury Theatre, London on 13 & 14 November and at Hull New Theatre on 21 November.

Performing in this programme of bold new ballets will be Kristen McGarrity, a former dancer with Birmingham Royal Ballet and lead in Christopher Wheeldon’s An American in Paris, Winnie Dias a former dancer with Hamburg Ballet, and Marina Fraser who has performed with Joffrey Ballet, Viviana Durante Company and KVN Dance Company.

Awakenings will feature two new creations, Firebird Reimagined commemorating the 50th anniversary of Stravinsky’s death and featuring newly commissioned designs by Elin Steele, and Bates Beats an energetic, exuberant work set to the music of composer Mason Bates. Alongside these new creations will be two existing works, not yet performed live due to COVID-19, Of Silence an exploration of hope, connection and belonging, and In Ecstasy set to a newly commissioned score by co-composers Nicholas Thayer and Setareh Nafisi.

McNicol Ballet Collective is also launching Unbound, a city-wide dance initiative taking place across Andrew’s hometown of Hull throughout the autumn. Unbound will see dance artist and choreographer Bim Malcomson create a new work with local dance schools in and around Hull performed as a curtain raiser for the performance at Hull New Theatre. Unbound will also include mentoring opportunities and  a series of bespoke masterclasses open to all and delivered in partnership with Hull New Theatre and Hull City Hall.

Founded by Artistic Director and choreographer Andrew McNicol, McNicol Ballet Collective unites artists from a range of disciplines to create adventurous new work for both stage and screen alongside quality outreach projects. Awakenings is the highly anticipated  debut performances from the Collective, following last years postponed shows due to Covid-19. 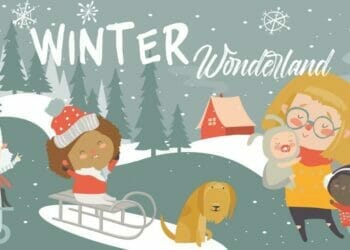