Michel Pennington to Release In My Own Footsteps A Memoir

Circular rather than chronological, In My Own Footsteps – A Memoir reveals the life and times of an extraordinary stage career and sometimes unconventional world of the acclaimed actor, director and writer Michael Pennington to be published on Thursday 24 June 2021.

“Sixty four years ago I was jolted from my boyish seat in London’s Old Vic Theatre as a blood-curdling scream sliced through the darkness; a soldier then stumbled into the light and collapsed dead before King Duncan. Not much has changed for me since, except I’ve spent more than twenty thousand hours as my own species of stumbling soldier, either as John Osborne’s Archie Rice or Shakespeare’s Hamlet, as Moff Jerjerrod in Star Wars or Tamburlaine the Great, as King Lear (twice) or Anton Chekhov. I have lectured, directed and written quite a bit, and I’ve learned how to be a convincing horse, (in my view the best work I’ve done) as Tolstoy’s Strider.… And I’d love to work with the other Michael Pennington (Johnny Vegas’s real name) – I wonder if it’s my fault he had to change his name!?”

A successful actor’s life is a road trip that continually leads back to the start – now subtly changed for the better. In My Own Footsteps follows Pennington’s memoir of his life and the many people he has known and worked with, loved or shied away from.

Joining the RSC straight out of Cambridge as 16th supernumerary from the left and unceremoniously let go a year later, to return in 1974 as their leading actor; travelling round the Circle Line twice before getting off the tube when his heart was first broken; marrying in Trinity Church over Shakespeare’s dead body; drink and drugs in Marrakesh; touring the world with the theatre company he founded, the English Shakespeare Company (ESC) and his one man shows on Shakespeare Sweet William and Anton Chekhov; starring in countless West End premieres; four on stage marriages to Dame Judi Dench; jamming in Tuscany with Cillian Murphy and Iain Glen; his passions for both cricket and acting at last realised in the comedy film Outside Edge; Antony to Kim Cattral’s Cleopatra; to working with John Gielgud and many years later wearing his dilapidated magic cloak as Prospero.

Casting Announced for Fanny & Alexander at The Old Vic

And a wry look at the jobs Pennington lost out on from The Forsyte Saga to The French Lieutenant’s Woman and more painfully as the Artistic Director of the RSC….

After his ground breaking portrayal of Hamlet at the RSC in 1980, Michael Pennington certainly received some unusual invitations. A lifelong friendship was made in Romania with classical actor Ion Caramitru, when Pennington was invited to join The Hamlet Project – and then the eccentric invitation to visit the small Italian medieval town of Assisi to be given the Freedom of the City….!

A life well lived in “a generous profession, or guild, or team, or family or whatever it is. I’m secretly proud to have been working now for a longer period than Shakespeare’s own mortal life – and I’m still available.” 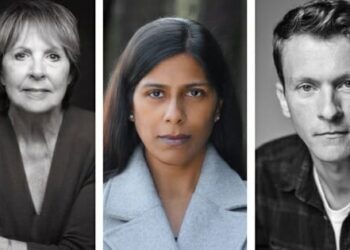 Casting Announced for Fanny & Alexander at The Old Vic 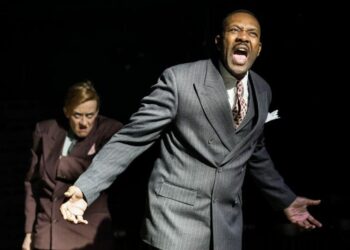 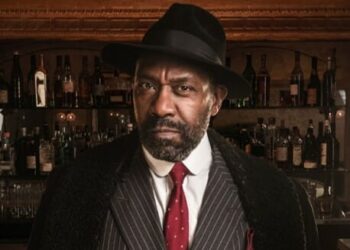 Casting announced for The Resistible Rise of Arturo Ui