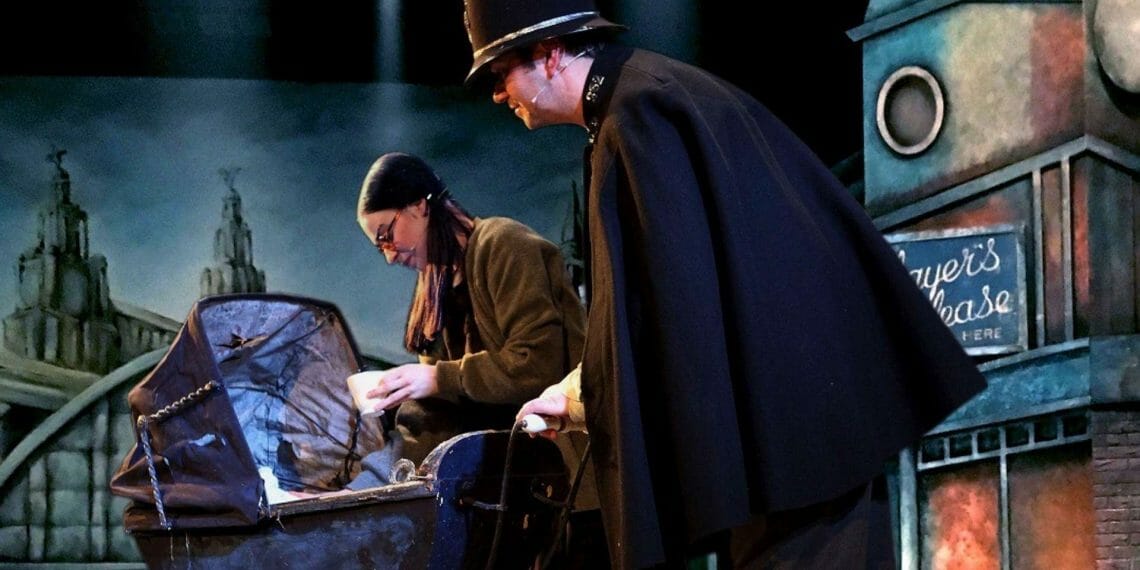 The brand new stage production of Helen Forrester’s Twopence To Cross The Mersey is embarking on its first major UK national tour this Autumn.

Twopence To Cross The Mersey UK Premiere Tour 2022 will open on Tuesday 6 September at the New Brighton Floral Pavilion in Wirral and then go on to tour a further 13 venues nationwide through to mid-November.

The new touring production of Twopence To Cross The Mersey is produced by Rob Fennah and Lynn McDermott for Pulse Records Limited in association with Bill Elms and Directed by Gareth Tudor Price. Full cast to be announced.

Twopence To Cross The Mersey is a stunning period drama set in the early 1930s in the midst of the Great Depression.

In 1931, Helen’s spendthrift father was declared bankrupt forcing the family to leave behind the nannies, servants, and beautiful middle-class home in the gentler South West of England. With nothing more than the clothes they stood up in, the family of nine took the train to Liverpool where they hoped to rebuild their shattered lives. It came as a terrible shock to find the thriving, wealthy port Helen’s father remembered as a boy, the place his own father made his fortune, had long since gone.

While 12-year-old Helen’s inept parents searched unsuccessfully to find work, she was taken out of school to look after her six younger siblings and the full burden of keeping house fell on Helen’s young shoulders. Having never had to manage a family budget in their previous life, the Forresters found themselves relying on meagre hand-outs from the local parish, charity organisations, and the kindness of strangers.

At the age of 14, Helen had finally had enough of her miserable existence and so began a bitter fight with her mother and father to attend evening school in an effort to educate herself and make her own way in the world. But Helen’s parents had no intention of releasing their unpaid slave. They had other plans for their selfish daughter.

Millions of people around the world know Helen Forrester’s life story told through her best-selling volumes of autobiography, Twopence To Cross The Mersey, Liverpool Miss, By The Waters Of Liverpool, and Lime Street At Two.

Helen’s literary achievements were celebrated in 2020 when an iconic Blue Plaque was unveiled at the late author’s family home in Hoylake, a place which featured heavily in her work.

Playwright and producer Rob Fennah explained: “In 2020 we embarked on a UK Tour of By The Waters Of Liverpool – sister show to Twopence – which was brilliantly received, but we were forced to cancel after just two weeks due to the pandemic. We tried to reschedule but Covid restrictions kept getting the better of us. It was during this period I decided to rework the Twopence To Cross The Mersey script, include some new scenes and give it a fresh look.

“Helen’s army of loyal readers will be interested to know that, when she was still with us, Helen and I shared many letters and lengthy telephone conversations about her life story. There were some real gems in amongst those conversations which I have now written into the new scenes – fascinating memories of the late author that didn’t find their way into her books.”

This year’s nationwide tour of Twopence To Cross The Mersey will be followed by a tour of By The Waters Of Liverpool in Spring 2023.