New Production of Shakespeare in Love Set For UK Tour

A new production and UK tour of the critically acclaimed West End play Shakespeare in Love, based on the Oscar-winning film by Marc Norman and Tom Stoppard, is today announced by Eleanor Lloyd Productions and Theatre Royal Bath Productions by special arrangement with Disney Theatrical Group and Sonia Friedman Productions.

Opening at Theatre Royal Bath on Thursday 4 October 2018 with press night on Thursday 11 October, the production will then embark on a national tour to Nottingham, Malvern, Oxford, Cambridge, Edinburgh and Chichester with further venues to be announced.

The Oscar-winning film Shakespeare in Love starring Judi Dench, Joseph Fiennes and Gwyneth Paltrow premiered in 1998 and went on to win seven Academy Awards, including best screenplay. It was adapted for stage by Lee Hall, with music by Paddy Cunneen, and opened for a triumphant West End run in 2014 to both critical and public acclaim.

Young Will Shakespeare has writer’s block… the deadline for his new play is fast approaching; he’s struggling to finish the first line of a sonnet and he’s in dire need of inspiration. Then he meets the beguiling Viola de Lesseps, the beautiful daughter of a wealthy merchant. Viola is prepared to do anything – including risking the regal disapproval of Queen Elizabeth I – to fulfil her illicit dream of performing on the London stage and pursuing a passionate affair with the greatest playwright of the age.

The new stage production is directed by Philip Breen whose previous Royal Shakespeare Company directing credits include comedies The Merry Wives of Windsor and The Shoemaker’s Holiday. He recently directed The Hypocrite as part of Hull City of Culture 2017, and has previously directed for the Citizens Theatre Glasgow and Soho Theatre London, among others. 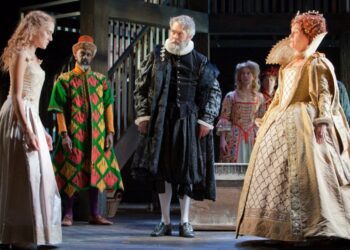 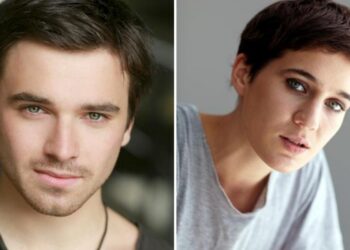