What would you change if you could travel through time? The world’s first female time travelling doctor takes her multi award winning show on tour to help you decide.

Remember PE kit. Cancel free trial. Call mum. Everyone writes instructions to their future selves. But what happens if the future starts writing back? Join Doctor Rosy Carrick as she takes her multi-award winning play on tour to find out…

Pipping Jodie Whittaker to the post as the world’s first female time travelling doctor, Rosy debuted this funny, poignant, sad, and at points shocking, show at the 2018 Brighton Fringe, where it won the coveted Best New Play Award, and Edinburgh Festival, where it walked away with the Infallibles Award for Theatrical Excellence. Following a London run it embarks on a national tour in March, April, May and June.

Rosy Carrick has to build a time machine – because her future self has already done so and is now stuck 100 years in the past after a failed mission to save Russian revolutionary poet Vladimir Mayakovsky from committing suicide. Given that her knowledge of quantum physics is limited to the works of Arnold Schwarzenegger, Rosy must summon the help of science’s greatest minds if she is to rewrite history and save herself…

Darting playfully between multiple narratives, this high octane emotional performance takes in science and sci-fi as itexplores the realities of time travel and self-determination – taking in Bowie, motherhood, #metoo and some most heinous hangovers along the way.

The narrative is told as a true story, weaving itself into real-life events until fact and fiction become indistinguishable. The magical realism of Passionate Machine does not require a suspension of disbelief – it invokes one.

Set against the questionable theoretical framework of all your favourite time travel movies, Passionate Machine is a playful, intelligent, very funny and searingly honest story about obsession, salvation and finding yourself – quite literally.

Passionate Machine is directed by Kate Bonna, Fringe First winner and recipient of Most Promising New Playwright award at the 2018 Off West End Awards for All The Things I Lied About.

Passionate Machine also has a week-long run at New York’s SoHo Playhouse in October and further UK tour dates will be added for Autumn/Winter 2019.

Rosy Carrick is a writer, performer and translator. Her eccentric style and forceful imagery have won her international acclaim, as well as firmly cementing her place as one of the UK’s most unusual and exciting contemporary poets. Rosy has co-hosted the Latitude Festival poetry stage (now The Speakeasy) since 2010, and is co-curator, alongside Luke Wright, of the Port Eliot Festival poetry stage. She has a PhD on the poetry of Vladimir Mayakovsky, and has published two books of his work in translation: Volodya (Enitharmon, 2015) and Vladimir Ilyich Lenin (Smokestack, 2017). Rosy’s debut poetry collection Chokey was published in 2018 by Burning Eye Books. 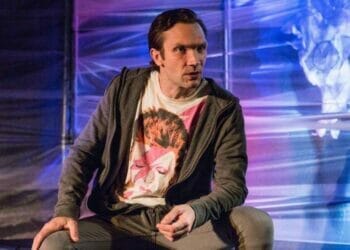 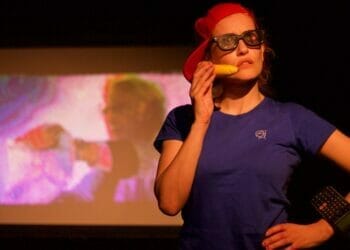 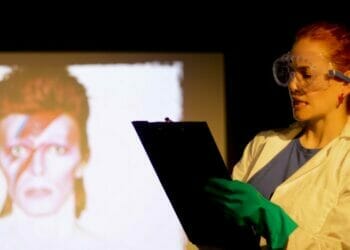 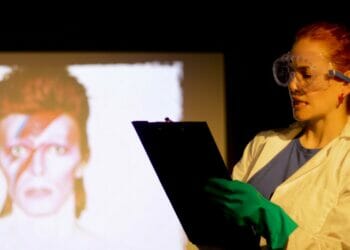 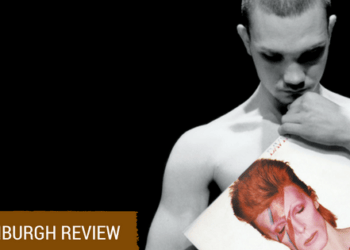 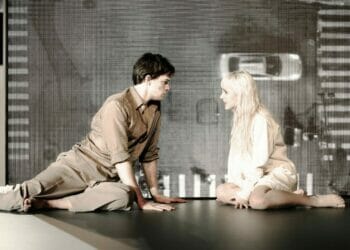