Review: About A Goth from Fox Story Theatre (Online)

About a Goth Fox Story Theatre

Launching Fox Story Theatre, established by Declan McCarthy in the midst of the pandemic last year, their first production brings Tom Wells’ About a Goth to the virtual stage in a streamed version of the coming-of-age tale.

This witty, and at times touching monologue introduces us to Nick, who at 17, has two conflicting aspects of adolescence to contend with; on one hand his sexuality, which his parents frustratingly accept, and his life as a goth.  In this digital version Nick shares his story direct to camera, as if livestreaming his story to a world of strangers who couldn’t possibly hope to understand the difficulties of his everyday life.

Such a set up works well for a production that is in itself streamed, but it gives us a more intimate look in to the hidden depths of the character.  Nick’s casual accounts of self-harm and destructive thoughts seem all the more striking when delivered straight to the camera, helping the audience see eye to eye with Nick’s point of view.

Well’s script is laced with amusing observations, Nick’s job in a care home provides some comedic fodder, as does his love of the Sugababes and Angela Lansbury’s portrayal of Jessica Fletcher in Murder, She Wrote. Off hand comments about a Mint Frappuccino from Starbucks are delivered with strong comic timing.

Nick’s love for his straight best friend blends the funnier aspects of the story with the more thought provoking.  These seamless shifts are helped by Jon Untersander’s impressive performance, Untersander carries the entire ninety-minute production and gives voice to the various characters that inhabit Nick’s immediate surroundings.

Video: Boundless Theatre and Script Club’s Drip at Back To Ours Festival

Declan McCarthy, who also directs this production of About a Goth, has captured the essence of Tom Wells’ short play while giving sufficient room to the lighter side of the piece, resulting in a promising start to Fox Story Theatre’s future.

Event
About A Goth from Fox Story Theatre (Online)
Starting on
March 27, 2021 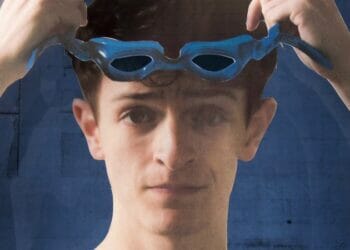 Video: Boundless Theatre and Script Club’s Drip at Back To Ours Festival 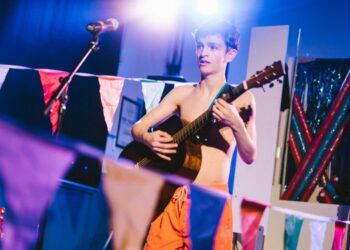