Review: Austentatious at The Fortune Theatre

It began life in Edinburgh on the Free Fringe, and built such an incredible following that it would go on to sell out in Edinburgh for a further five years.  With Fringe success and tours under their belt, Austentatious returns to the West End for a Monday night residency at The Fortune Theatre, home to The Woman in Black the rest of the week.  Part of the appeal is that audiences can return again and again, guaranteed to see an entirely different production every time.

That’s because this is an entirely improvised show, or to be more accurate, an improvised Jane Austen novel.  While Austen may only have had six novels published, the gang at Austentatious believe there are many more ‘lost’ Jane Austen novels, and they perform a different one at each show.  The audience’s free cast list resembles the cover of a penguin classic, and we are encouraged to suggest a title for tonight’s performance to be shouted out at the beginning of the show.

A brief preamble from the resident Jane Austen expert allows some of the dodgier suggestions to be weeded out with a little improvised stand-up.  Thankfully this meant at the gala night we didn’t have to endure a Coronavirus themed swashbuckler as eagerly suggested by someone in the front row, but instead a far more satisfying ‘Northanger Crabbie’.   But despite this particular title, don’t expect them to try and recreate some kind of comedy version of the original work, no Dear Reader, it’s even more delightful than that.

This particular story, though it will never be seen again, centred around two sisters who own an orchard producing cider.  The Samson siblings move in to the area and begin buying up the local orchards and orangeries to try and push out the competition, but we discover one of the sisters is a witch and with the help of the Northanger’s succeed in foiling the ‘midsummer merger’.

How did such a wacky and convoluted tale emerge? Because it’s all completely improvised of course.  Half the fun of the evening is watching the cast react to other cast members say something that they know will lead them down another path, and then how quickly they can respond to it.  At several points it seemed we would have to be there all night to resolve all the plot points being splashed around, but in the end this talented ensemble brought things this cider comedy to a gratifying close, even if the audience were thirsty for more.

It’s worth noting that it’s not just the performers who are improvising, music and lighting (called illuminations in the programme) also have to be improvised to match the action on stage.  But the team have it down to a fine art and it mostly looks slicker than it probably should.  Due to the improvised nature there are some jokes that land better than others, and the cast are perhaps not prepared for the resulting audience laughter, meaning we miss a few lines here and there.

Not all of the company perform every night.  The one’s who were on for Northanger Crabbie really did work as a team, but Amy Cooke-Hodgson and Andrew Hunter Murray did tend to stand out with the funniest lines.

Whether you’ve read every Jane Austen novel, or never read a word, it really doesn’t matter.  For all the regency costumes and convivial chatter,  it’s all about the improv, and watching a hugely skilled cast navigate all manner of situations that arise, and it’s hilarious.  Given that it’s different every time, there’s every reason to go back again and again, because Austentatious guarantees a bodice splitting night of comedy every time.

Event
Austentatious at The Fortune Theatre
Starting on
March 9, 2020 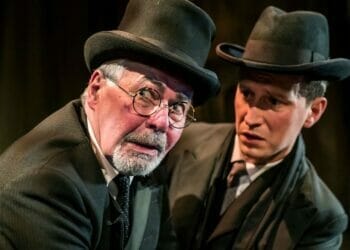 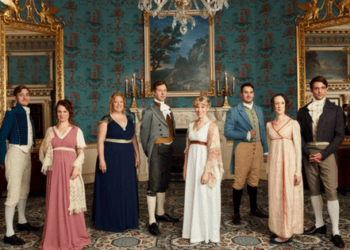 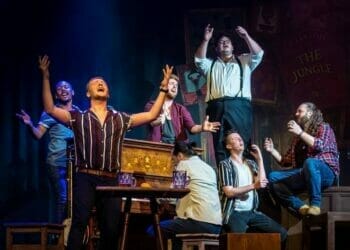 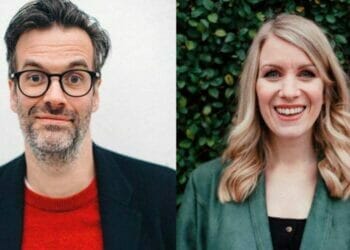 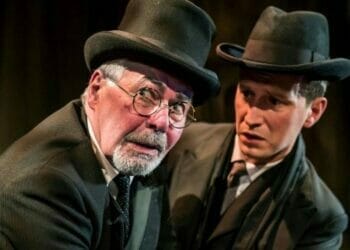 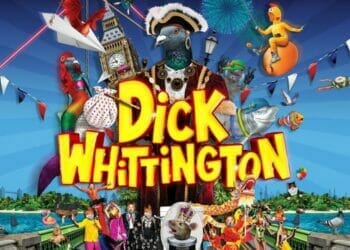