“Amara Okereke blossoms in the role of Eliza, from humble flower girl to debutante, Okereke’s performance is flawless and utterly captivating”

It’s only a short walk from Covent Garden to the London Coliseum, but the road My Fair Lady has travelled since it premiered in 1956 is of much greater distance.  This perfectly loverly Lincoln Center Theatre production of Lerner and Loewe’s classic, now transfers to the London Coliseum with Bartlett Sher remaining at the helm as director.

Those attending will most likely already know the story; Eliza Doolittle dreams of working in a flower shop, but lacks the necessary speaking voice to do so.  Professor Henry Higgins and Colonel Pickering stumble across her selling posies outside the Royal Opera House in Covent Garden, both fascinated and revolted by her accent, Higgins promises to pass her off as a Duchess at the Embassy Ball within six months.

Sher has taken a musical that was already quite self-aware and made it even more so, by giving Eliza a greater strength of character, more power over her circumstances, and a sense that male authorship has been kicked into the long grass, for this production at least.

My Fair Lady is of course based upon George Bernard Shaw’s Pygmalion, which had gender and class as the central themes. This production dials up on the gender aspects, by restoring the original ending for example, but doesn’t skimp on the class. This is most noticeable in Michael Yeargen’s set design. Scenes featuring only Eliza or her family are sparse, sometimes barren, with no discernible bells or whistles. Contrast that with the sets for the home of Henry Higgins, a grand and opulent mansion slides on to stage then proceeds to rotate, revealing various different rooms for the characters to inhabit.

Amara Okereke blossoms in the role of Eliza, from humble flower girl to debutante, Okereke’s performance is flawless and utterly captivating.  Anyone is this role is likely to be compared to Audrey Hepburn, or Julie Andrews if you’re of a certain generation, but Okereke grasps this role with both hands and creates a new kind of Eliza, one that delivers perfect vocals while bringing out that much needed female empowerment.

Harry Hadden-Paton, though younger than those who traditionally play the role, delivers the insults and put-downs with perfect timing, each one landing with perfect precision. For many ‘Get Me to The Church on Time’ is an absolute favourite, perhaps because it adds a bit of oomph to a generally more subdued second act, Christopher Gattelli’s choreography and Stephen K. Amos (wonderful as Alfred Doolittle) help to make it one of the highlights of the evening.

But then there are so many highlights; the scene at Ascot looks exquisite, Catherine Zuber’s costumes are resplendent in hues of pink and grey, and you can feel the audience just waiting for Eliza to give that all important instruction to Dover.

Then there’s the brief, but memorable, appearances of Vanessa Redgrave as Mrs Higgins, commanding the stage with every syllable uttered, and another fine performance from Maureen Beattie at housekeeper, Mrs Pearce.

With a fairly lengthy running time, this My Fair Lady needs to keep its audience hooked, and it succeeds, with a veritable bouquet of delights to enjoy.  The immaculate staging complements Lerner and Loewe’s beloved score, but it is Amara Okereke’s stunning performance that could have kept us dancing all night.

5. Amara Okereke as Eliza Doolittle with the company of My Fair Lady. Credit Marc Brenner

Amara Okereke as Eliza Doolittle with the company of My Fair Lady. Credit Marc Brenner

6. The company of My Fair Lady. Credit Marc Brenner

The company of My Fair Lady. Credit Marc Brenner 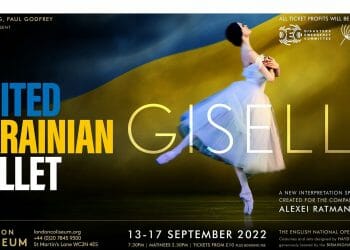 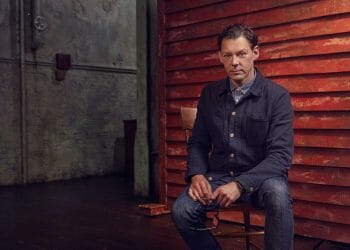 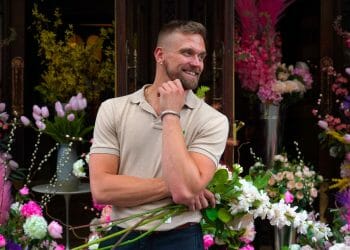 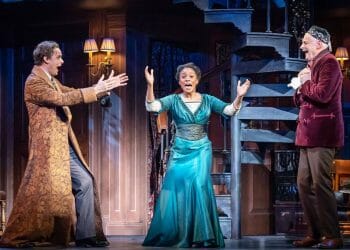 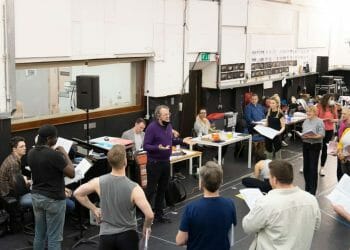