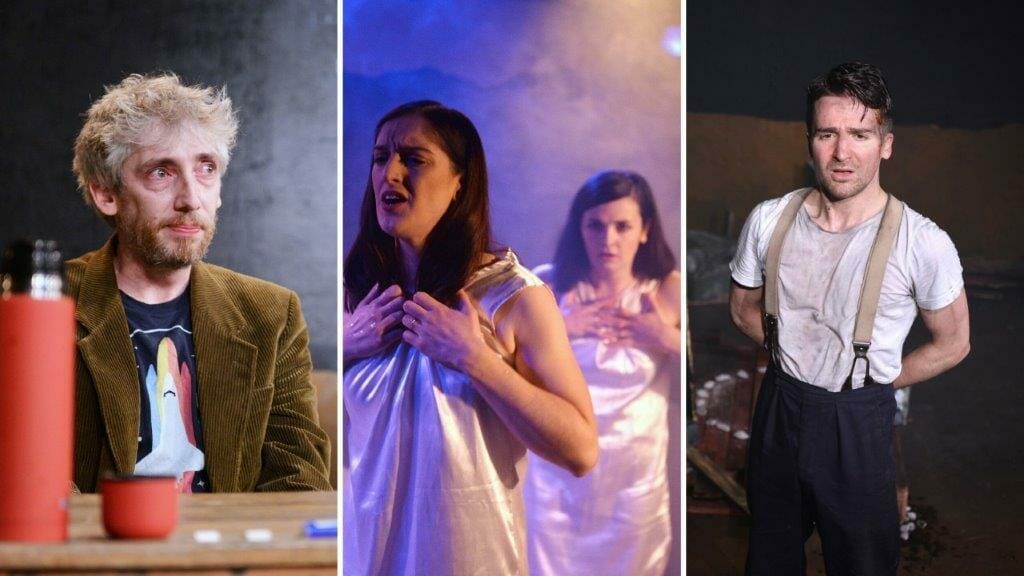 A triptych – three individual artforms which can be viewed individually or as a whole – is something you are more likely to see in an art gallery than a theatre, but the concept turns out to be particularly suited for the stage.  Something that the new Artistic Director of the Old Red Lion Theatre, Alexander Knott, has spotted, and his opening gambit in charge of the theatre is three short plays, combining two emerging writers with a headliner, and it makes for a compelling, and sometimes surprising, night of theatre.

The evening opens with David Spencer’s Buried, it is the real-life story of his father, Max Spencer who was sold off as a young boy to work on the farms, before joining the navy and becoming buried alive during a bombing.  The story is told episodically, with Max emerging from his buried state to recount key moments from his life, and director Ryan Hutton has skilfully created an environment where this kind of storytelling can flourish.

Buried is performed by the real Max Spencer’s grandson, James Demaine, in what can only be described as a tour de force performance.  Demaine contorts his body into an uncomfortable position while buried, only to break free and fill the stage with energy as he tells us of his younger days.  Flicking between various characters, this enthralling performance gives the audience our first clue that this triptych will paint a picture we are unlikely to forget in a hurry.

Max Saunders-Singer’s Graceland follows, directed by Saunders-Singer and Sonnie Beckett, the shortest of the three pieces brings us Mr. Chrichton, a teacher on the brink of collapse.  Filled with alluring alliteration, it is, initially at least, incredibly funny as this teacher is mocked and struggles to keep control, but as we watch his descent unfold, Graceland takes a darker turn, reaching a point where we feel we should look away and allow this man to unravel in private, if only it were that simple.

As the audience we become Mr. Chrichton’s unruly class, and at times during Anthony Cozen’s accomplished and responsive performance, I felt as uncomfortably terrified as I did when my maths teacher asked me to solve an algebra equation in front of the whole class. Graceland is superbly written, leading the audience down one path, only to move the goalposts right to the other end of the playground.

The final piece in this triptych is Simon Stephen’s Nuclear War, in its first London revival since it was at The Royal Court.  The play was written in such a way that it is completely up to the company how it is performed, and with Boxless Theatre’s reputation for physical theatre, it was inevitable that movement would play a pivotal role.  Directed by Alexander Knott and with movement direction by Georgia Richardson the physicality of the piece is divine, creating a rich canvas on which the text can sit.

Zöe Grain and Freya Sharp play the same character, known simply as ‘A Woman’, seven years to the day since her husband died and our protagonist has realised that she needs something more. Initially this appears to be a carnal desire, but we soon realise there’s a deeper craving for human affection.  With Grain and Sharp’s magnificent portrayal of two sides of the same coin, we see clearly the emotional trauma and uncertainty the character faces.

While each of the three plays are distinct pieces of theatre, they are brought together not only by common themes, but by the staging.  Gabriella Coomber’s lighting design creates these tableau-like scenes, in Buried for example, a single light creates the suffocating ambiance of Spencer’s imprisonment, only to burst in to dazzling brightness as he describes days on the farm.

All three plays feature exquisite sound design from Samuel Heron, in Graceland his work is almost imperceptible, but essential to heighten the situation Mr. Chrichton finds himself in.  With Buried Heron’s sound, from Irish tin whistles to dripping water, create a real sense that our character is running out of time.  But it is with his original compositions in Nuclear War that we hear his work really come to life, with a haunting soundscape that perfectly complements the physical theatre.

Buried, Graceland and Nuclear War each feature one central character, but each of them tell a much bigger story; whether it’s the futility of war, male mental health, or a need for human connections, these three different plays form one perfect whole, and that makes this triptych not just a work of art, but a modern masterpiece that could define the future of fringe theatre. 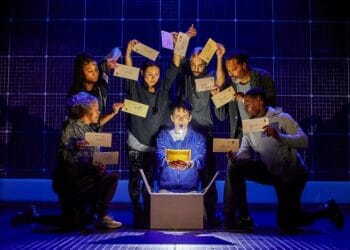 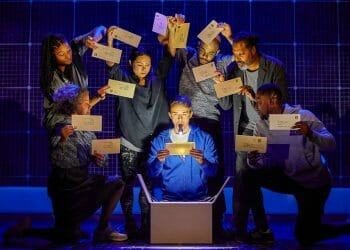 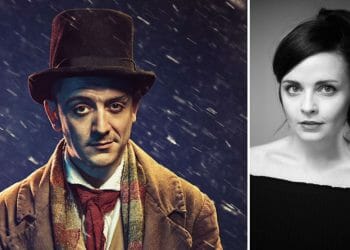