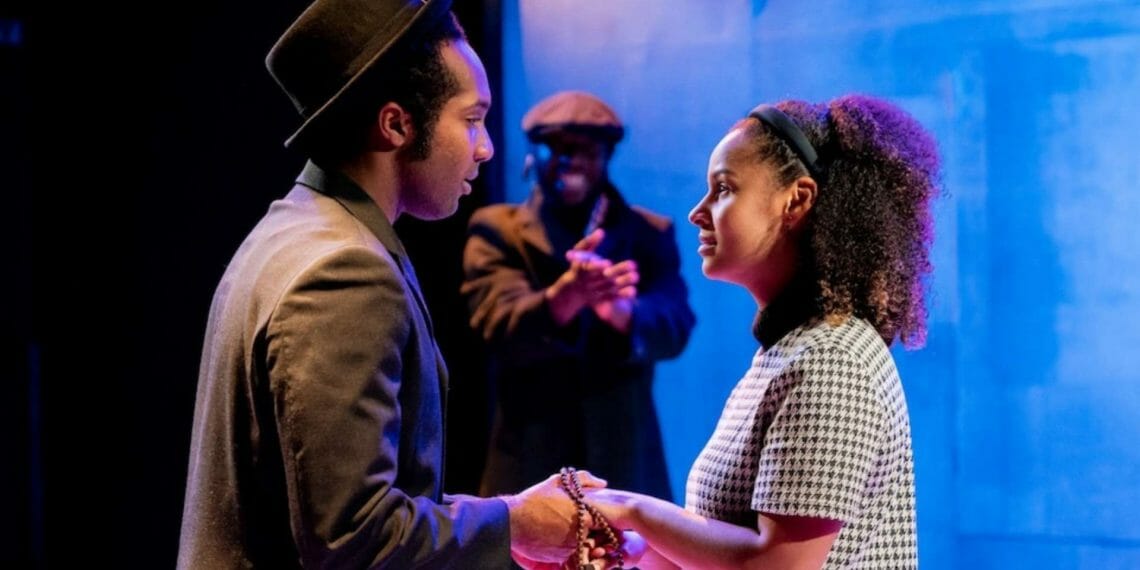 "an adept production of a Shakespearean classic, that feels fresh and funny"

A tale of gang warfare and political upheaval, South London of the 1980s was always going to be a good fit for Romeo and Juliet. But director Nicky Allpress goes for more than just set-dressing in this production at the Southwark Playhouse. Characters, scenes and language (“A plague on both your houses. Now call a f**king ambulance!”) are heavily adapted to reflect this era of Thatcher, skinheads, and 2 Tone.

A particular highlight is the play’s famous opening scene, a Montague-Capulet street brawl, is transported to a crummy South London bar, complete with darts board, wooden TV set and cranky barman. The rapid transition from Shakespeare’s banterous language to violence is easily recognisable to anyone that has ever witnessed a pub fight.

Over the course of the play, an ensemble of just six channels tremendous energy as they shape-shift between characters, driving the plot towards the inevitable tragedy. The supporting cast in particular do a stellar job at accessibly transposing the bard’s humour for a modern audience. Particular scene-stealers are Fiona Skinner’s Lady Capulet, a fiery-haired cockney queen with a glint in her eye that constantly barks orders at her daughter, as well as Amy Loughton’s Nurse, who airily rambles on in mellifluous Welsh tones, all the while getting the audience to help her with the laundry.

Romeo (Samuel Tracy) and Juliet (Laura Lake Adebisi) put on similarly vigorous displays. But the romance does not sparkle quite as brightly as the comedy, and there is sometimes a studied quality to the love scenes. There is not quite the intense chemistry needed to make the whirlwind romance of these two teenagers believable.

Snippets of Madness, The Specials, and Phil Collins are played to reflect the emotional tapestry of the production, while a massive screen behind the stage features projections of a set. But the play’s audiovisuals are found wanting at times. While some scenes have specific backdrops, at other moments it is slightly inexplicable: for a long period there was a projection of a giant cassette tape, with no obvious relevance to the plot.

Moreover, while Shakespeare does not by any means need funky lighting and loud music to be successfully adapted, these very features catch the attention of the audience at the opening. It feels slightly disorientating when suddenly a number of later scenes seem quite starkly spot-lit without any music.

But this Romeo and Juliet is nevertheless an adept production of a Shakespearean classic, that feels fresh and funny – no easy task for something performed such an incalculable number of times.

Romeo and Juliet is at  Southwark Playhouse until 5th February 2022