Review: Trainspotting at The Vaults Waterloo

I first saw Trainspotting at The Edinburgh Fringe in 2015, since then it has toured the U.K., returned to Edinburgh for a sell-out Fringe and has now opened its second London run. Based on the novel by Irvine Welsh and later realised in film, it tells the story of ‘Renton’ and his loose group of friends as they struggle with heroin addiction.

You’ll find yourself part of the performance before you even sit down,   you are literally in the middle of a rave, and the relentless energy of every cast member makes the air seem electrified.  And then, to the euphoric beat of ‘Sandstorm,’ it begins, Trainspotting; one of the most compelling and intense pieces of theatre you will ever see.

The Vaults feels like a cavernous space compared to the shows previous venues, yet the audience is still part of the action.   The beauty is that you can also see the reactions.  In perhaps the most harrowing scene, Gavin Ross, as ‘Renton,’ is just in front of me and what I can see is every single member of the audience, every pair of eyes, unblinking, completely focussed and completely drawn into Ross’s performance.

Some of those eyes are filling with tears, others are dilating in disbelief, but they cannot and dare not look away. Mouths start to slowly open, as an audience there is a collective jaw dropping, sharp intakes of breath are heard around the room and couples start to hold hands for comfort.

Gavin Ross gave every ounce to that scene, and to the role of ‘Renton,’ a raw and exposed performance that is just incredible to watch. His dedication to the role and the power he puts behind it is evident.

Greg Esplin, who co-directed Trainspotting and plays ‘Tommy,’ gives a breathtakingly emotional performance, and in the final scenes, I know I was not alone in shedding a tear. Esplin makes you connect with the character from the outset, and by the end, it’s difficult to see ‘Tommy’ as just a character, he’s someone you care about.

Chris Dennis as ‘Begbie’ literally terrified me, in his first scene I found myself eyeing the nearest exit, mentally calculating my escape route as ‘fight or flight’ instinct kicked in. Only the prospect of having to make a run for it across the stage kept me rooted to my seat, knuckles white.

Michael Lockerbie as ‘Sick Boy,’ Erin Marshall as ‘Alison,’ Rachael Anderson as ‘June’ and Calum Barbour as ‘Mother Superior’ complete the incredible cast. Their stamina is unbelievable, and you’ll find yourself wondering how they sustain the performance.

Leaving, I felt shaken and vulnerable, with tears prickling at the back of my eyes. Shocked, saddened and weakened all at once. This isn’t a bad thing. A production that can elicit that response is a special thing indeed.

This is not a show for the easily offended, but it is a show for anyone willing to embrace different and exciting theatre. Trainspotting, in all its emotionally immersive glory, is without a doubt, the must-see show of the year.

Read our interview with Greg Esplin (co-director and Tommy) here.

11. Trainspotting Review at The Vaults

Trainspotting Review at The Vaults

12. Trainspotting Review at The Vaults

Trainspotting Review at The Vaults 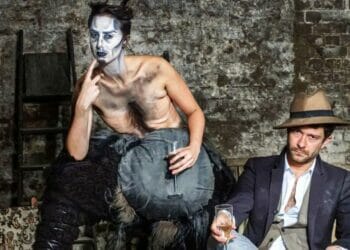 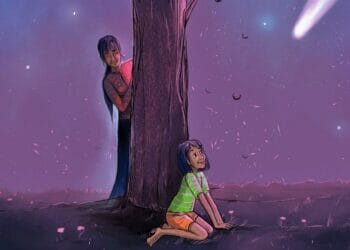 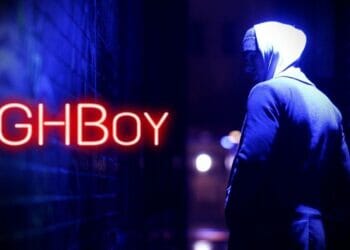 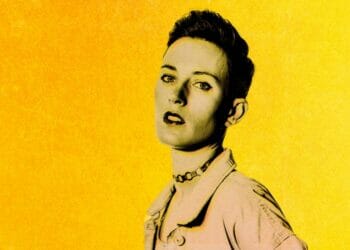 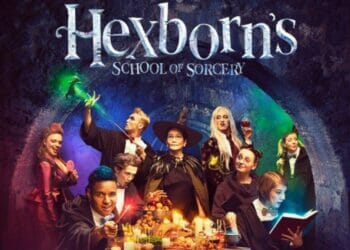 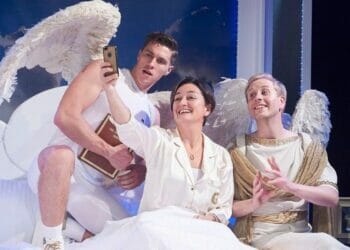 First Look: An Act of God at The Vaults