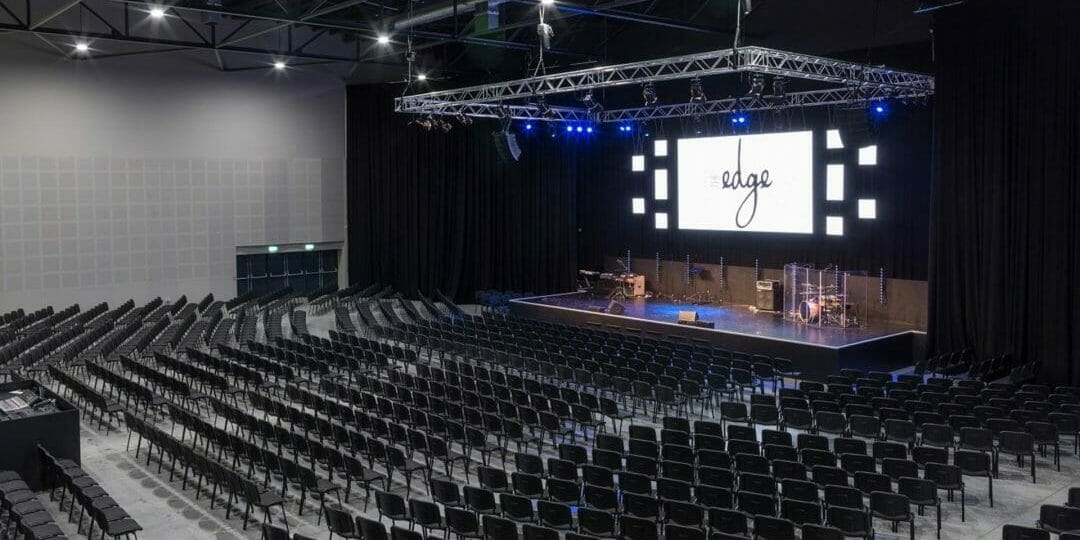 Wigan’s new performance venue The Edge Arena has revealed an exciting programme of live shows for 2019. The 1,000-seat state-of-the-art arena is part of the recently launched multi-purpose venue.

A busy line-up of events has been announced for 2019, with music and comedy high on the agenda.

The Freedom show features a host of the late music star’s best-loved songs from his early days in Wham through to his solo hits, and has garnered five-star reviews, making it must for fans of the much-missed performer.

The eight-piece band, called The Team, performed with the late Edwin Starr on all his shows, and its original musical director, Starr’s brother Angelo, has now taken lead vocals. Expect a celebratory evening of hits from across three decades – including, of course, Starr’s 1970 classic War.

The Team also includes vocalist Lorraine Silver whose 1965 song Lost Summer Love, recorded when she was just 14, went on to become a Northern Soul classic.

Brummie funnyman Jasper Carrott will be rocking the Edge Arena for one night only on Saturday 27 April.

The Stand Up & Rock show sees the comedian and musician joined on stage by his old school friend Bev Bevan and his band. Drummer Bev was a founding member of both The Move and ELO, and his band – one of the finest around – features Geoff Turton from the Rockin Berries, Phil Tree (Wizzard), renowned session musicians Abby Brant, and singer Suzi Woo.

The man himself may no longer be with us, but the legend that is David Bowie lives on and fans of the Thin White Duke won’t want to miss Bowie Starman when it comes to The Edge on Saturday 18 May.

Now seen by over a quarter of a million people worldwide, The Simon & Garfunkel Story is the world’s leading theatre show telling the story of two young boys from Queens, New York, who went on to become the most successful music duo of all time.

The moving and powerful show features state-of-the-art video projection and lighting and a live band playing Simon & Garfunkel’s rich catalogue of hits, from Mrs Robinson and The Sound of Silence to Homeward Bound and Bridge Over Troubled Water.

And the musical legends keep on coming with The King is Back on Thursday 19 September, featuring award-winning performer Ben Portsmouth appearing live in concert as Elvis.

Musician, singer and songwriter Ben began his journey as an Elvis tribute artist in 2005. He made history in 2012 when he won the Elvis Presley Enterprises’ Ultimate Elvis Tribute Artist Contest in Memphis – the only Elvis tribute performer from outside the USA to win the prestigious title.

Expect a powerhouse performance of ballads and disco-driven classics from the seven-strong band which is fronted by siblings – and Bee Gees veterans – Darren and Gary Simmons, who have sung with the real-life Bee Gees themselves. They are joined by Darren’s son Jack as Robin Gibb, making Jive Talkin’ an aptly family affair.