The Jungle by Joe Murphy and Joe Robertson has won the South Bank Sky Arts Award in the 2018 Theatre category. The production is set in Europe’s largest unofficial refugee camp, the Calais Jungle, which in 2015, became a temporary home for more than 10,000 people. A National Theatre and Young Vic co-production with Good Chance Theatre, The Jungle is directed by Stephen Daldry and Justin Martin. It is currently in previews at the Playhouse Theatre in London’s West End, produced by Sonia Friedman Productions, Tom Kirdahy and Hunter Arnold, following a sell-out run at the Young Vic in December 2017.

Melvyn Bragg presented the annual Awards at The Savoy Hotel in London, commending the greatest contributors to all aspects of the arts over the past 12 months. The South Bank Sky Arts Awards remains the only awards ceremony in the world to represent the entire spectrum of the arts, with categories for TV Drama, Classical Music, Theatre, Comedy, Dance, Film, Visual Art, Pop, Literature and Opera.

In order to transfer the production to the West End, the team behind The Jungle have completely reconfigured the Playhouse Theatre, where the traditional proscenium arch venue has undergone an unprecedented transformation to house Miriam Buether’s critically-acclaimed set design as seen at the Young Vic. Audiences are invited to sit at the benches and tables of the Afghan café in the Calais camp. The Playhouse Theatre also offers the new experience of watching from the Dress Circle, which has been renamed “Cliffs of Dover”, with views over the dramatically transformed performance space below, enhanced by accompanying video screens, relaying close-up ‘live news broadcast’ style footage of some of the action.

The in-the-round transformation reduces the capacity of the theatre to under 450 seats. Top price tickets are directly enabling 40% of the house to be priced at £25 and under, and a proportion of tickets are being offered to refugees and targeted groups in order to maximise diversity and accessibility. Bucket collections and donation stations are available at every single performance of the show to help fundraise for official charity partners, Help Refugees. 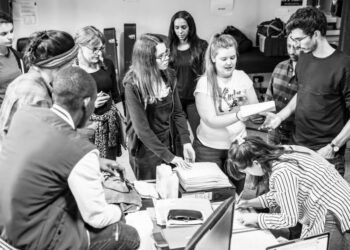 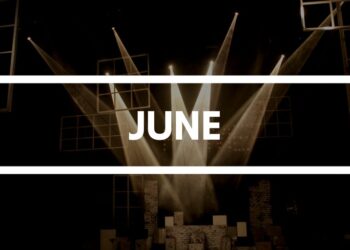 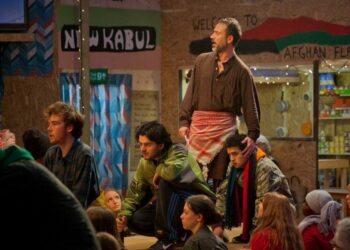 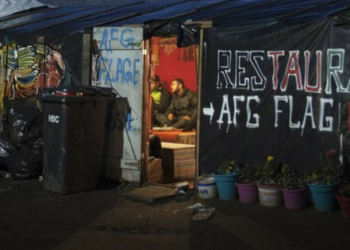 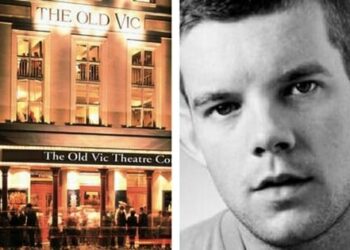 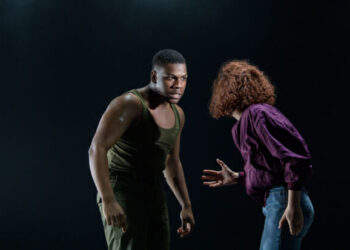 Review: Woyzeck at The Old Vic