The National Theatre has announced its programming until the start of next year with productions on all three South Bank stages as well as three major UK tours, two productions on Broadway, a return to cinemas, and a new feature film to be broadcast on television this autumn. In the week the theatre reopened for audiences again, six new productions were announced, and five productions halted by the pandemic were confirmed to return to the South Bank.

It has also announced the public launch of National Theatre Together, a new campaign with people at its heart, highlighting the importance of creativity and collaboration with theatre-makers and communities, for young people and audiences. The campaign cements the NT’s commitment to the people of this country and will raise vital funds for the theatre’s ambitious recovery post-pandemic.

Rufus Norris, Director and Joint Chief Executive of the National Theatre, said: “Theatre is a world-class UK industry, and brings with it a bucket-load of economic and social benefits. The National Theatre has a crucial role to play in supporting the nation’s creativity; it’s an incredible place full of amazing people and elicits enormous affection, pride and passion in audiences around the world. National Theatre Together celebrates the work we create with theatre-makers and communities, for young people and audiences – and asks our friends to once again stand with us and equip us to do what we do best: shape a bright, creative future for this nation.”

In the Olivier, following Under Milk Wood which begins previews on 16 June, Kae Tempest’s previously announced Paradise, a new version of Philoctetes by Sophocles, will open in August and is directed by Ian Rickson. Featuring an all-female cast, Lesley Sharp will play Philoctetes. In September, Larry Kramer’s The Normal Heart will open, directed by Dominic Cooke in a co-production with Fictionhouse. Ben Daniels will perform the role of Ned Weeks, and Liz Carr and Luke Norris join the cast alongside the previously announced Daniel Monks and Danny Lee Wynter.

In the Olivier this December, National Theatre Director Rufus Norris directs Hex, a new musical that goes beyond the kiss that woke the Sleeping Beauty and tells the fairy’s tale, with book by Tanya Ronder, music by Jim Fortune and lyrics by Rufus Norris. Based on the 17th-century folk-tale, this darkly thrilling new version also reunites director Rufus Norris with set and costume designer Katrina Lindsay (Small Island, London Road) following their 2002 critically acclaimed adaptation of Sleeping Beauty, from which Hex is adapted.

The Father and the Assassin, a new play by previous NT writer-in-residence, Anupama Chandrasekhar directed by Indhu Rubasingham will open in the Olivier in early 2022. The play tells the story of how Nathuram Godse was radicalised through the fight for Indian independence, from being a devout follower of Gandhi to becoming his eventual assassin in 1948.

The Dorfman reopened this week with previews of After Life and from September Miranda Cromwell will direct Winsome Pinnock’s play Rockets and Blue Lights, a co-production with the Royal Exchange Theatre where the play had to close in March 2020 having played only three previews. Set across multiple time frames the action moves between the stories of Lou, an actor working on a new film about artist JMW Turner, and Lucy and Thomas, two Londoners coming to terms with the meaning of freedom.

In December, Nancy Medina, recipient of the NT’s Peter Hall Bursary, directs Alice Childress’ ground-breaking play Trouble in Mind in the Dorfman. Taking a satirical look at the white-dominated theatre scene of Broadway in the 1950s, the play follows the story of Wiletta Mayer, an African-American singer and actress searching to make her mark on history as a part of an acting company forced to face the prejudice of the times, on stage and off. Tanya Moodie will play Wiletta Mayer.

In February 2022, Alecky Blythe (London Road) returns to the National Theatre with an extraordinary new  verbatim play, Our Generation, which is based on material gathered over five years, following the lives of 12 young people from across the UK. Directed by Daniel Evans, Artistic Director of Chichester Festival Theatre, it is a co-production with Chichester and will play in the Minerva Theatre from April 2022.

In the Lyttelton, following their acclaimed stage productions Death of England and Death of England: Delroy, Clint Dyer, Deputy Artistic Director of the National Theatre, and Roy Williams (Sucker Punch) have written a new feature film Death of England: Face to Face to be broadcast on Sky Arts this autumn. Also directed by Clint Dyer, Death of England: Face to Face will be filmed in the Lyttelton theatre this June, following on from the success of Simon Godwin’s original film Romeo & Juliet which was filmed in the theatre over 17 days during lockdown last year, and broadcast on Sky Arts and PBS in April. Neil Maskell (Peaky Blinders, Small Axe) plays Michael, Giles Terera (Hamilton, Flack) is Delroy and Phil Daniels (I Hate Suzie, Adult Material) is Michael’s father, Alan.

The Lyttelton will reopen for live performances for the first time since closing in March 2020. In October Birmingham Rep’s production of Ayub Khan Din’s play East Is East, directed by Iqbal Khan, in the 25th anniversary year of the play’s premiere at the Rep will open. In November, a new darkly comic play, Manor, by Moira Buffini (The Dig) will open nearly 18 months after it was first scheduled to do so, directed by Fiona Buffini. Nancy Carroll will play the owner of a rundown manor house, which shelters an explosive mix of people during a storm. In April, Emlyn Williams’ semi-autobiographical drama The Corn is Green gets its first London revival for 35 years with a new production by director Dominic Cooke that will bring the story to a new generation. Nicola Walker will play Miss Moffat with Iwan Davies as Morgan Evans. In February 2022, Emma Rice’s adaptation of Emily Brontë’s masterpiece Wuthering Heights will open following dates in Bristol and York. A co-production with Wise Children, Bristol Old Vic and York Theatre Royal, the show will go on to tour the UK in spring 2022.

The National Theatre also confirms today the return to Broadway for the acclaimed The Lehman Trilogy, a co-production with Neal Street Productions, alongside the previously announced Hadestown, and three major tours across the UK and Ireland are planned.

The first is for the internationally acclaimed production of The Curious Incident of the Dog in the Night-Time, adapted by Simon Stephens from Mark Haddon’s best-selling novel, directed by Marianne Elliott, which will celebrate its 10th year in 2022. Then The Ocean at the End of the Lane based on the best-selling novel by Neil Gaiman, adapted by Joel Horwood and directed by Katy Rudd, will tour in 2023. David Eldridge’s Beginning, presented by Lee Dean & Theatre Royal Bath Productions in association with Queen’s Theatre Hornchurch, directed by Polly Findlay and Joe Lichenstein, will be revived at Queen’s Theatre Hornchurch in September followed by a UK tour, with casting to be announced.

Follies will be returning to cinemas for the first time since its original National Theatre Live broadcast to cinemas in 2017. After sold-out runs in the Olivier in 2017 and 2019 and winning Olivier Award for Best Musical Revival, it will now be playing in cinemas around the world from this September. Stephen Sondheim’s legendary musical is directed by Dominic Cooke (Ma Rainey’s Black Bottom, NT) and features a cast of 40 and an orchestra of 21. 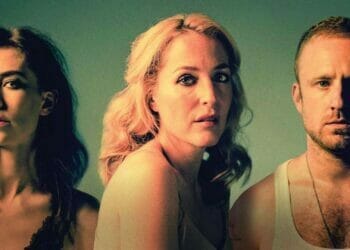 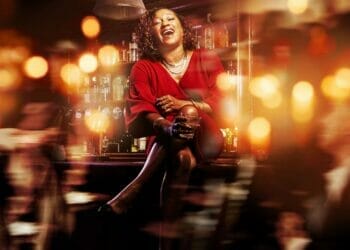 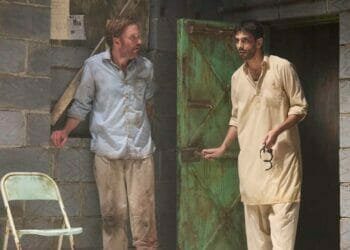 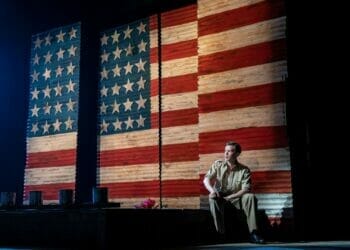