All I want for Christmas is Theatre from Thespie

Theatre discovery platform Thespie announces two more concerts in their Reunited series, as well as two dozen stars added to the line-up for their holiday special, All I Want For Christmas Is Theatre. The new artists and shows are being added following the audience response to the initial slate of artist-led programming, developed by Aimie Atkinson, Thespie’s Creative Producer and the Olivier-nominated star of Pretty Woman and SIX.

Each concert, which is crafted in partnership with the artists involved, features ensemble music performances (filmed in COVID-secure London venues), and ranges from musical theatre hits, to pop music, to favourite Christmas songs and also includes intimate interview footage.

The concerts are designed to inspire global theatre audiences, by bringing the UK’s best musical theatre talent directly to their homes. The artists collectively represent over two and a half centuries of experience on UK stages; their recent credits include The Prince of Egypt, Pretty Woman, SIX, & Juliet, Come From Away, Wicked, The Phantom of the Opera, Les Misérables, and Dear Evan Hansen.

Thespie Creative Producer Aimie Atkinson commented, “We’ve had an incredible time putting together this series of concerts and have been blown away by the level of talent involved.”

All I Want For Christmas Is Theatre (arriving the 21 Dec at 8pm GMT and available on demand after) is a love letter to the tradition of seeing theatre with those you love during the holiday season. More than 40 top UK theatre artists are lending their talents to this special concert including more than a dozen Olivier Awards Winners or Nominees, including two 2020 Olivier Award Winners and four 2020 Nominees. The concert will feature classic Christmas songs of all styles, with performers from Dear Evan Hansen, Heathers, Wicked, Pretty Woman and more.

Never Give Up On A Dream premieres on New Year’s Eve (31 December 8pm GMT and on demand after) and is an inspiring concert to kick off the new year with songs from the hit musical Pretty Woman alongside pop, rock and musical theatre favourites. The concert features Jemma Alexander, Aimie Atkinson, Hannah Ducharme, Bob Harms, Serina Mathew, Rachael Wooding, Joanna Woodward and Charlotte Yorke, all from the London company of Pretty Woman: The Musical.

Thespie’s first show for 2021 will be Together Again premiering on 7 January 8pm GMT and available on demand after. Featuring artists that met performing the title roles in the London production of Heathers—Sophie Isaacs, Jodie Steele and T’Shan Williams—the show will celebrate sisterhood with an eclectic mix of pop and musical theatre trios, with incredible harmonies and humour.

The first three concerts in the series, Unlimited: The Songs Of Stephen Schwartz, Oops! I Streamed It Again and Girl Power, are available on Thespie now, either as single concerts (£15/$18), or as part of the discounted six-concert bundle (£50/$60).

Single-concert purchasers will have 72 hours to watch, except for purchasers of All I Want For Christmas Is Theatre who will have 7 days to watch with their households. The Extended-Access 6-Show bundle (£50/$60) gives purchasers access to all six Reunited concerts from their premiere through 14 January, and provides a 44% discount over booking the concerts individually. All concerts remain available on demand and can be purchased after their premiere, with the same window of access (72 hours or 7 days).

The Reunited series and Thespie’s original content initiative support its work to foster the connection between artists and audiences on its theatre discovery platform. Usage of the platform in recent weeks has set records, with more than nineteen thousand users accessing the site in the week ending 19 December, which saw the premieres of Girl Power starring members of the original company of the musical SIX, and Marisha Wallace: Live At The Jazz Café, which featured Wallace along with West End powerhouse Keri Ellis and Claire Richards of STEPS.  Thespie’s first original production, The Reunion, was one of the bestselling paid theatre streaming events in the UK, selling tickets to 3600 households across 65 countries; and employed 35 live entertainment workers who received over £30k in income from the event.

Thespie founder Tyler Stoops said, “This year so many of us are separated from loved ones, and separated from the shows that we often see during the Christmas period, but we hope our show can be a beacon of hope for families and support bubbles. The artists share incredible performances, and uplifting messages about what theatre and the holidays mean to them, which we hope audiences will find comforting.” 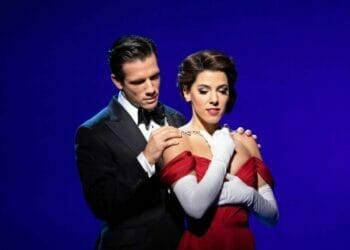 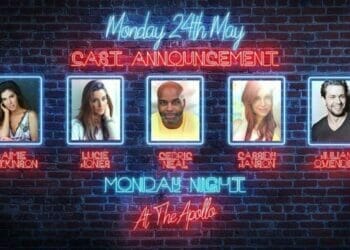 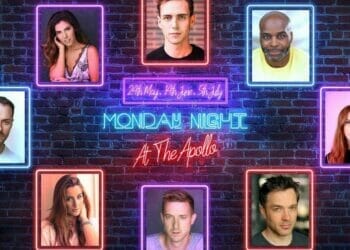 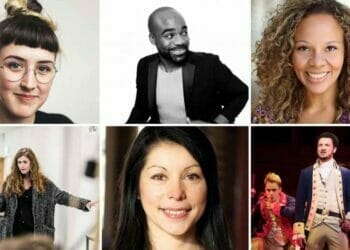