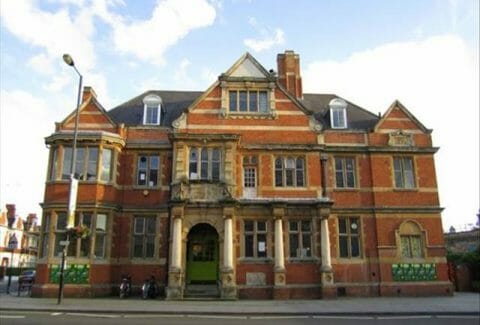 The Bush Theatre is a world-famous home for new plays and an internationally renowned champion of playwrights. They discover, nurture and produce the best new playwrights from the widest range of backgrounds, and present their work to the highest possible standards. They look for exciting new voices that tell contemporary stories with wit, style and passion and we champion work that is both provocative and entertaining.

The Bush has produced hundreds of groundbreaking premieres since its inception in 1972, many of them Bush commissions, and hosted guest productions by leading companies and artists from across the world.

The theatre is widely acclaimed as the seedbed for the best new playwrights, many of whom have gone on to become established names. They also champion the introduction of new talent to the industry, whilst continuing to attract major acting and directing talents. The Bush has won over 100 awards, and developed an enviable reputation for touring its acclaimed productions nationally and internationally.

The Bush receives more than 1,500 scripts every year, and reads and responds to them all. This is one small part of a comprehensive playwrights development programme which nurtures the relationship between writer and director, as well as playwright residencies and commissions. Everything that they do to develop playwrights focuses them towards a production on their stage or beyond.

They have also launched an ambitious new education, training and professional development programme, [bushfutures], providing opportunities for different sectors of the community and professionals to access the expertise of Bush playwrights, directors, designers, technicians and actors, and to play an active role in influencing the future development of the theatre and its programme.

The Bush Theatre is extremely proud of its reputation for artistic excellence, its friendly atmosphere, and its undisputed role as a major force in shaping the future of British Theatre.