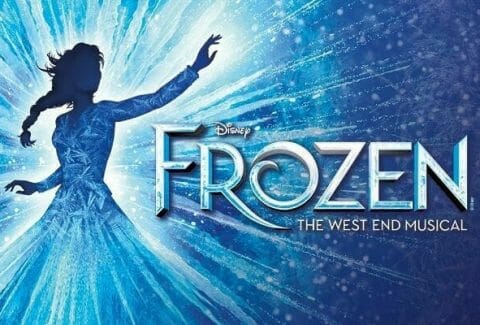 Disney’s FROZEN – the beloved animated film that always gives us chills – is now playing in London’s West End. For the first time in forever, the Theatre Royal Drury Lane has reopened its doors, bringing Elsa and Anna’s story to the stage in this heart-melting theatrical production.

With incredible special effects, jaw-dropping scenery, and all the songs you know and love, it’s going to be an unmissable experience that will stay with you long after the curtain falls.

Even the biggest FROZEN fans will be in for some surprises, as the production features brand-new music from Kristen Anderson-Lopez and Robert Lopez, writers of the unforgettable Let It Go.

Recommended for ages 6+. Under 4s will not be admitted. All persons 16 of age or younger must be accompanied by an adult and cannot be seated alone in the auditorium. All patrons, regardless of age, must have their own ticket and children must be able to sit in their own seat without assistance.

We aren’t able to admit any children under the age of 4 and every customer must have their own ticket. To help us make sure everyone enjoys the show, your little ones need to be able to sit in their own seat without any assistance. We recommend all audience members wear a face covering throughout their visit, but this is a personal choice.
No Result
View All Result