Clean for Good, an award-winning ethically conscious cleaning business, has announced the winners of Poetry for Good, the first ever nationwide poetry competition celebrating the lives and careers of the UK’s key workers.

The first poetry competition ever run by a cleaning company, Poetry for Good received nearly 500 submissions from across the UK in less than 10 weeks, with participants aged 11 years old and upwards. It attracted interest from established poets as well as first-timers, was adopted by schools as a project, and has produced poems celebrating nurses, teachers, shopkeepers, scaffolders, chaplains, cleaners and even undertakers, written by key workers themselves, their children, or by those inspired by key workers.

Taking home the Spoken Word award (for spoken poetry from those aged 16 or more) was The Front Desk by Gemma Barnett (London). An actress who found herself out of work in 2020, Gemma got a job working as a receptionist in a GP surgery. In her poem, she pays tribute to her “empathetic, gutsy, blunt, charming, and hilarious colleagues”, who powered through the whole pandemic no matter what – some fell ill and were in the ICU with Covid, whilst others had lost family members but still continued to show up to work.

The winner of the Written Word category (written poems from those aged 16 or more) was the poem Night Shift by Violet Smart (London), a poem inspired by a cleaner who worked at her university, but moved on to working in hospitals. The judges praised the poem for creating ”a stunning visual and intimate painting of the NHS and life as a key worker through the use of the rich and sensory language”, and for its “dynamic integration of Spanish, which really adds both colour and life to the poem as well as playing homage to the vast Latinx community which holds up the NHS.”

Meanwhile, Elizabeth Dunford (Nottingham) was Highly Commended in the same category for her poem Kate, inspired by the “energy, kindness and humour” of a carer working in the residential home of her 91-year-old father, and so was Always under the COSHH by Mark Cowan (Stockton on Tees), a teacher who also worked as a cleaner in his early twenties; Mark noted a cleaner’s work “is most noticed when it isn’t completed. We take it for granted that the dirty floors that we left behind yesterday will shine and sparkle by the following morning.”

Interview: Gemma Barnett on All The Web’s A Stage

In the Growing Word category (written poems for those aged 11-15), Life Support, by Jacinta-Maria Ifeoluwapo Chidiebere Wajero (Liverpool) won the first prize, and was praised by the judges for the “careful thought and commitment to the metaphor of oxygen”, used as a symbol for the essential, exposed, often invisible role of a key member of society.

The ‘Top 100’ poems from the competition, including the winners, are being published online as a permanent celebration of the sacrifices made over the last year by millions of workers. This is a unique anthology of poems, heart-breaking, inspiring, and sometimes amusing, and a testament to the work of all those who have kept our nation safe, well and on the move over the past year.

Poetry for Good was judged by three internationally acclaimed poets: Cecilia Knapp, the new London Young People’s Laureate for 2021; Rachel Long, who has been shortlisted for the Costa Book Award, Forward Prize for Poetry and the Rathbones Folio Prize, and is the Founder of Octavia, the Poetry Collective for Women of Colour; and Katherine Lockton, Editor of South Bank Poetry and published poet with flipped eye publishing. All judging was undertaken with authors’ names removed and on artistic merit alone.

Katherine Lockton, one of the competition’s poets on the Judging Panel, said: ‘I was impressed by the sheer number of poems that were submitted and the quality of the entries. The standard was incredible and it was clear that people had invested a vast amount of energy and creativity in their submissions. It was also clear how much they appreciated and loved key workers. They celebrated everyone from cleaners to nurses and shop keepers. There was everything from free verse, rhymed poems to villanelles. It was clear that a lot of talented writers had submitted.”

Organised by Clean for Good, one of the UK’s most dynamic social-purpose companies, the competition is part of their wider mission to promote fair pay and dignity at work for cleaners – a category whose work has been severely impacted by Covid.

Tim Thorlby, Managing Director of Clean for Good, said: ‘We have read every poem submitted and have been delighted – and heartbroken – by the public’s response to Poetry for Good. We want to thank everyone who participated and shared their  thoughts with us. So many of these poems share personal and moving stories from the sharp end of life over the last year. If anyone was in any doubt that something needs to change for millions of low paid workers in the UK today, then this selection of stories surely settles that debate for good.” 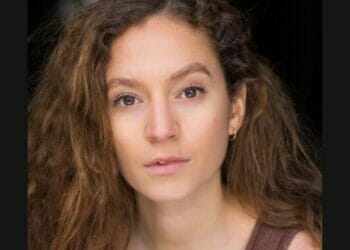 Interview: Gemma Barnett on All The Web’s A Stage 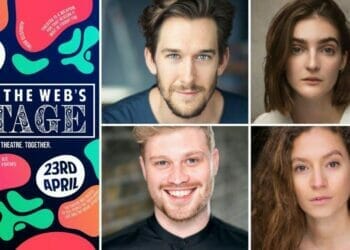 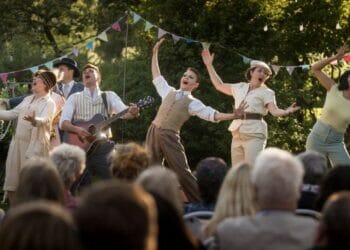 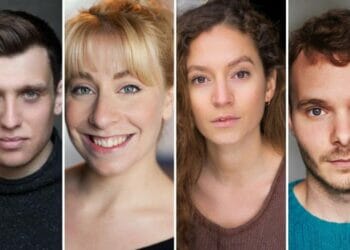 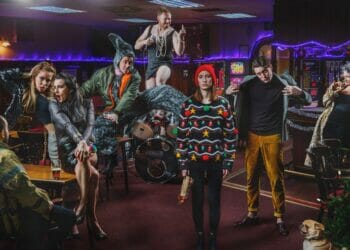 Preview: Cinderella; A Wicked Mother of a Night Out!