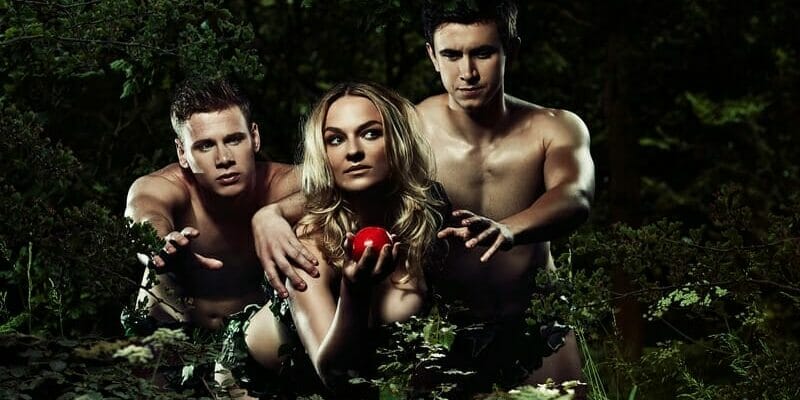 Adam & Eve and Steve to Open at Kings Head Theatre

Winner of Best New Musical at the Hollywood Fringe 2015, Adam & Eve and Steve  comes to the Kings Head Theatre in London after a hugely successful run at the Edinburgh Fringe 2016.

Adam & Eve and Steve is a musical farce set in the newly created Garden of Eden. This is the story of the first couple with a twist, everything in the Garden is going according to God’s plan until the pesky Beelzebub adds the hunky Steve into the mix.  Fun, mischief and mayhem ensues as Adam & Eve compete for Steve’s affections and God tries to impose some order on the chaotic love tangle that ensues.

Dale Adams, playing Steve, trained at the Arts Ed, London. His stage appearances include Prince Charming in Cinderella and Frankie Valli in Oh What a Night! Hayley Hampson, playing Eve, trained at Liverpool Institute for Performing Arts and her credits include: Blue Girl in Shout! The Mod Musical; Faryl in Golden Oldies; Daisy in Pharaoh Cross the Mersey; and Sophie in Departure Lounge. Joseph Robinson will make his professional debut playing Adam.

They will be joined by Michael Cristopher as God and Stephen McGlynn as Beelzebub.  Adam and Eve and Steve has book and lyrics by Chandler Warren and is directed by Francesca Goodridge.

Adam & Eve and Steve will be at The Kings Head Theatre from Tuesday 21st March until Saturday 29th April 2017. 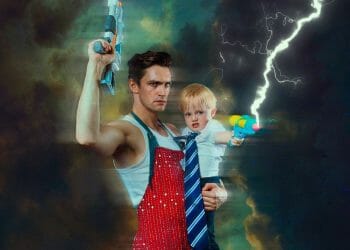