It’s hard to believe that eleven years have passed since Green Days landmark rock opera album ‘American Idiot’ was released, it led to five hit singles but also, more importantly to the delight of fans, a Tony Award winning musical of the same name.

Sell A Door Theatre has brought ‘American Idiot’ back to the West End at the Arts Theatre.  This production company never fails to deliver a winner.

Set in the days and months after 9/11 ‘American Idiot’ tells the story of three disillusioned friends, two of whom head for the city to start a new life, free of parental restrictions, while the third stays at home to make the relationship with his pregnant girlfriend work.  Over the course of the year the three friends have very different and, in their own way, traumatising experiences that seeks to give us a sense of just how difficult life can be.

Of course, this show finds itself in the position that the album, although holding its own narrative, was written before it was envisaged as a stage show.  The result is a stunning piece of theatre, in that the visual imagery is as strong as the score.  Director, Racky Plews, plays out three separate stories on the same stage with innovation and creativity.  Nowhere is this more evident than during the emotive ‘Give Me Novocaine’ where a trio of life-changing events unfold all at once.

As Johnny, Aaron Sidwell delivers a flawless performance, he is so completely believable in the role that you feel yourself aching to get up out of your seat, get on to the stage and give Johnny some words of advice, stop him making the predictable mistakes of youth and to let him know that life is worth living.  Sidwells tender voice slices through the big numbers with ease and grace and left me feeling moved in a way that I had not expected.

Alexis Gerred, in the role of Tunny, also gives a performance that will wrench at your gut.  No more so than in ‘Before The Lobotomy/Extraordinary Girl’ which gives incredible insight to the devastation of war and the consequences that follow.  Steve Rushton, best known as a member of Pop Punk band ‘Son of Dork’, makes his West End debut and while the role leaves little room to truly show full potential, Rushton still manages to convey the true struggle the character faced.

Amelia Lily literally shines on stage with a voice that is so delicately beautiful, while at the same time strong and passionate, and could easily fill a theatre four times the size.  Singing ‘Letterbomb’ she gave me spine tingling goose bumps that lasted well in to the next number. Lily and her natural beauty gives this character another dimension that has to be seen to be believed.

Also worthy of note is Llandyll Gove in a supporting role, to which he is clearly committed.  So much so, that the intensity he brings seems to emanate in to the audience whenever he is on stage.  He is clearly a West End star in the making and any Casting Directors reading this should make the effort to go and see him.

Indeed, the entire supporting cast scream enthusiasm that cannot fail to infuse the audience with a similar feeling of fervent appreciation.

With Green Day hits such as ‘Boulevard of Broken Dreams’ and ‘21 Guns’ coming at you thick and fast there is no time to stop and take stock, but there is no need to.  The events unfolding are a delicious feast for the eyes as well as the ears and it is impossible not to be moved by this fiery and stirring rock opera.

The cast seemed shocked by the standing ovation they received.  They needn’t have been. This stunning production will see them every night throughout its all too limited run. 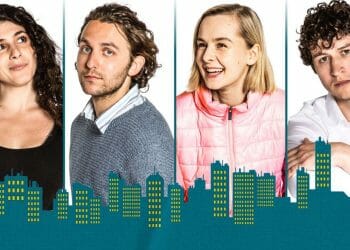 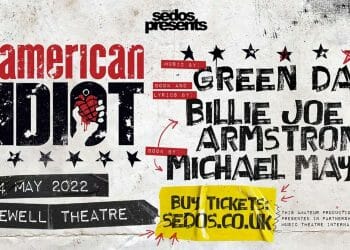 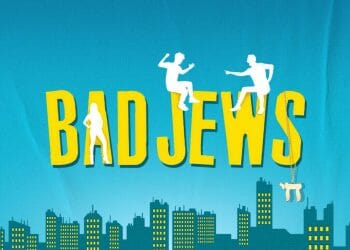 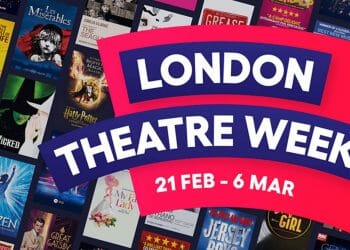