Amy Guyler’s The Nobodies to Return for Tour

The Nobodies by Amy Guyler

A town is in turmoil. A hospital is closing. And an MP is dead on the train tracks… Accident? Or opportunity?

When a local hospital announces its closure, panic ensues.

Healthcare Assistant, Rhea, is forced to look for work elsewhere. Local lad, Aaron, worries about his mum’s treatment in the cancer ward. And Curtis just isn’t sure where he’s going to sleep.

But when the three witness a horrific accident, a rare opportunity presents itself.

As a dangerous decision triggers a wild chain of events, Rhea, Aaron and Curtis soon find themselves gathering power, influence and infamy, inspiring a cohort of vigilante activists.

What does it take to enact real change? And what would you sacrifice to keep it?

The Nobodies looks at the feeling of restlessness in the working classes in a time where class divisions are widening, the poor are getting poorer, and Brexit threatens to tear the country apart. Fuelled by the ‘taking back the power’ mantra, the play capitalises on the need for action for those feeling impotent in the current political climate.

Writer Guyler said, ‘The Nobodies follows three characters who – initially, at least – just want to make the world a better place. They want to help their own community. I think we all know what that feels like in today’s climate. I was tired of working-class stories being doom and gloom. This is a new version of our story – a version where we win. …Almost. ‘

After a year of rescheduling and replanning Chalk Line are thrilled to be back on the road.
Co-Director Sam Edmunds said, ‘We cannot wait to take this show to different communities across the UK this summer and bring some fun socio-political work to audiences’ doorsteps. Audiences can enjoy the tongue in cheek comedy of the play, with its Zumba moves and farcical sketches, whilst also connecting to the meaningful political and social commentary. Theatre is crucial right now in reconnecting communities as we emerge from our households and isolated living. In a time where political and social unrest is in abundance, The Nobodies aims to inspire communities to speak up against systems which do not represent them and to take action to provoke change, (no matter how small or large that action or change may be).’

Appearing in The Nobodies is the original cast from the 2020 performances at the Vault Festival;
Aaron played by David Angland (I Like The Way You Move– Frantic Assembly), Curtis played by Joseph Reed (The Wipers Times – Arts Theatre & UK Tour) and Rhea played by Lucy Simpson (The Happy Warrior – Harrogate Theatre).

Tickets for The Nobodies at all venues can be found here.

The Nobodies is generously supported by The Pleasance, COMMON and Arts Council England. 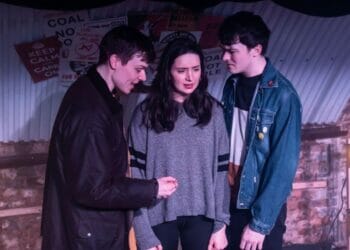 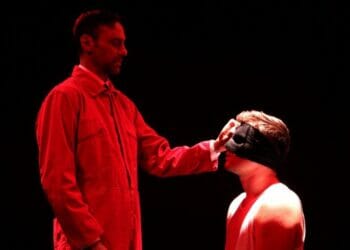 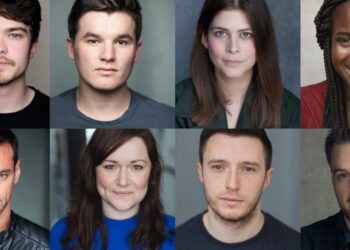 Proforça Theatre Company Announce Cast of At Last and At First 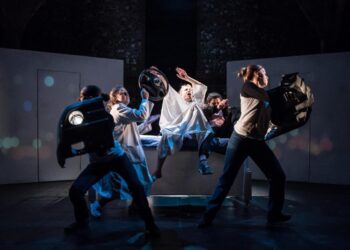 Review: Testament at The Hope Theatre