Renowned for Afro-futurist performance parties, the collective now adapts their pioneering work for a digital landscape. From June 18 – 20, Battersea Arts Centre hosts Brownton Abbey: Talk Show: a frank and open conversation with artists and collaborators from the Brownton Abbey universe. Join their Afro-Futurist Space-Church for exclusive digital screenings premiering new commissions together with the ‘Talk Show’ element between each work: conversations between performers and Brownton Abbey creator, Tarik Elmoutawakil. The programme will be broadcast at 7.30pm on Friday, 18 June, or stream the performance at your own convenience until midnight on Sunday 20 June.

Tarik takes us on this cosmic journey, accompanied by a stellar lineup of regular Brownton Abbey contributors. These include B2B, A.K.A Nima Séne with a cinematic meditation covering the sonic realness of jazz innovator Sun Ra’s When There Is No Sun. Nima delivers this striking work alongside Gillian Katungi.

Lasana Shabazz is an uncompromising interdisciplinary performance artist, writer and director. Lasana deconstructs ideas of race, sexuality, class and gender, queering the norm of what is considered acceptable by mainstream culture. Lasana presents Where are you from? He says of the title and work: “Where are you from? is all too often asked with racial motivation, due to this country’s incorrect representation internationally and even nationally, that UK culture and history is white. This is far from the case when simply you look into the truth and facts. I wanted to take that question which can be used as a weapon and transform it.” Lasana feels it key to connect with audiences, evoking vulnerability whilst exploring the narratives, experiences and emotional footprint of marginalised groups. Expect dynamic and unforgettable new work from Lasana Shabazz. Lasana’s film commission will be directed by Mimi Koku.

Sonny Nwachukwu presents Re(union). A writer, director, choreographer and performer, Sonny focuses on the African and Caribbean Diaspora with a strong emphasis on storytelling, dance and literature. “Re(union)” says Sonny, is a celebration: “Through spoken word and movement, Re(union) takes us on different journeys of being comfortable with one’s skin, one’s voice, and finding one’s light”. Re(Union) is directed by Myah Jeffers. A background in psychology informs much of Sonny’s practice and he’s keen to tackle issues seen as taboo or ‘different’. He received dance training from authentic West African and dancehall teachers performing with Afrobeat and dancehall artists across the UK.

In 2019 Sonny received a prestigious Unlimited award and in 2020 Arts Council England funded his first full-length work entitled Saturn Returns: A Choreopoem. Another work titled Junior looked into the intersectionality of being Black, gay and disabled. Sonny is a writer at Soho Theatre’s Writer Lab.

To complete the lineup, Malik Nashad Sharpe presents their inimitable choreography in a new work shot in Battersea Arts Centre’s spectacular Grand Hall. They have accumulated a strong following having become renowned for their distinctive physical dexterity as well as atmospheric, electrifying performances. Often utilising social themes as portals to reveal undercurrent perspectives, Malik sometimes makes work under their alias marikiscrycrycry and has been especially concerned with transformative, disarming, and critical reflection upon mourning and melancholia. This new film commission is directed by Nick Virk.

Brownton Abbey is an original concept by Tarik Elmoutawakil, creatively produced by Rob Jones. Tarik Elmoutawakil is an artist, programmer and creative producer as well as founder and co-Artistic Director of Marlborough Productions in Brighton. Rob Jones is a multi-artform producer and programmer who specialises in cross artform projects, festivals and participatory practice, he is also the Festival Producer for Dance Umbrella. 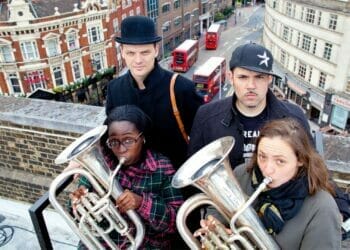 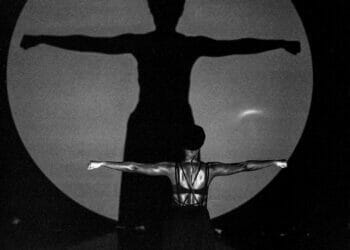 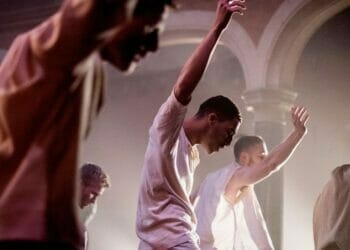 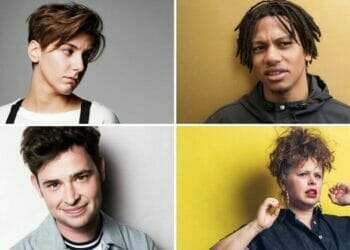 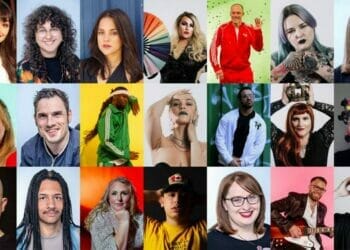 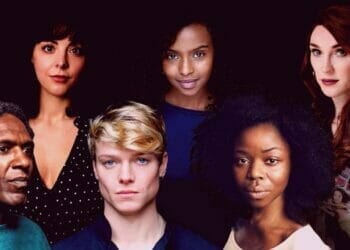