Carolyn Maitland will join Bill Kenwright’s production of the timeless story of love, despair and hope, GHOST – THE MUSICAL, in the part of Molly alongside Andy Moss as Sam. Taking its inspiration from the classic movie, this innovative reimagining features an expanded book, new music and original staging, and will continue to tour the UK in 2017, starting at the Orchard Theatre in Dartford on 17 January.

Musician and actor Andy Moss, best known for the role of Rhys Ashworth in Channel 4’s Hollyoaks, one he played for 8 years, will continue to wow audiences around the UK as ‘Sam’. His credits also include Cutting It, Coronation Street and most recently he appeared as Paul Cuthbert in the long running BBC soap opera Doctors.

West End musical theatre star Jacqui Dubois (original London cast of Rent and Children of Eden, other credits include The Lion King, Fela and most recently People, Places and Things ) plays ‘Oda Mae Brown’, the part made famous in the film by Whoopi Goldberg.

The Double Academy Award winning movie is a huge success story, both critically and at the box office, where it was the highest grossing film in the year of its release. It starred the late Patrick Swayze, Demi Moore, Tony Goldwyn and Whoopi Goldberg and was directed by Jerry Zucker. Bruce Joel Rubin’s script won the Oscar® for Best Original Screenplay and Whoopi Goldberg won the Oscar® for Best Actress in a Supporting Role. The film’s most iconic and moving scene was famously performed to The Righteous Brother’s Unchained Melody, which also features in the musical version. 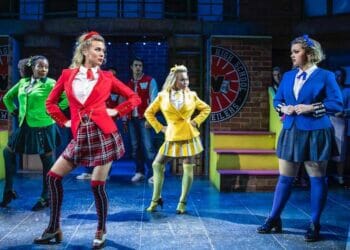 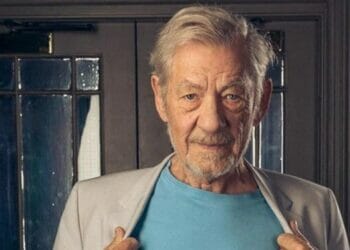